Jethro Tull’s Martin Barre to play The Duchess in York

As Jethro Tull are taking a long break from touring, Martin Barre, legendary Rock guitarist who toured the world with Tull for 43 years, has put together a band called Martin Barre’s New Day to play the “classic” music from the Tull catalogue; they will be playing at the Duchess in York on November 20, 2012. 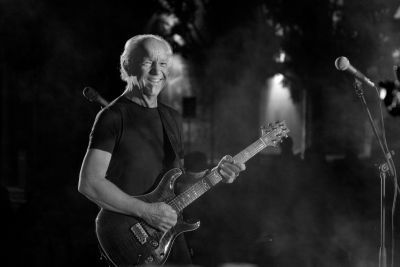 Martin commented; “I’m really looking forward to playing the November gigs with my new band; they include other members of Jethro Tull and other top musicians from a similar background. It’s great to play some of the early tracks from Tull but there’s also a few surprises in store!”.

After selling a staggering 60 million albums worldwide and working with international music superstars from Paul McCartney and Phil Collins to Hendrix and Led Zeppelin; Martin continues his remarkable career playing with an array of celebrated musicians representing an important part of rock history.

Martin and his new band are performing a total of 9 gigs across the UK in November; in Bath, Sale, Poole, Gloucester, Newbury, Wolverhampton, Bury St Edmunds, with the final gig in Milton Keynes.

With tickets selling fast, make sure you book in advance from www.martinbarre.com.