S] Hey guys, how are you today?

We’re doing good. Bit gutted that our launch show got cancelled at the last minute though. We were supposed to be playing with Girls in Synthesis and The Evil Litter on Friday night, but someone from GiS got sick and we couldn’t get a workable bill together with four hours’ notice, unfortunately. 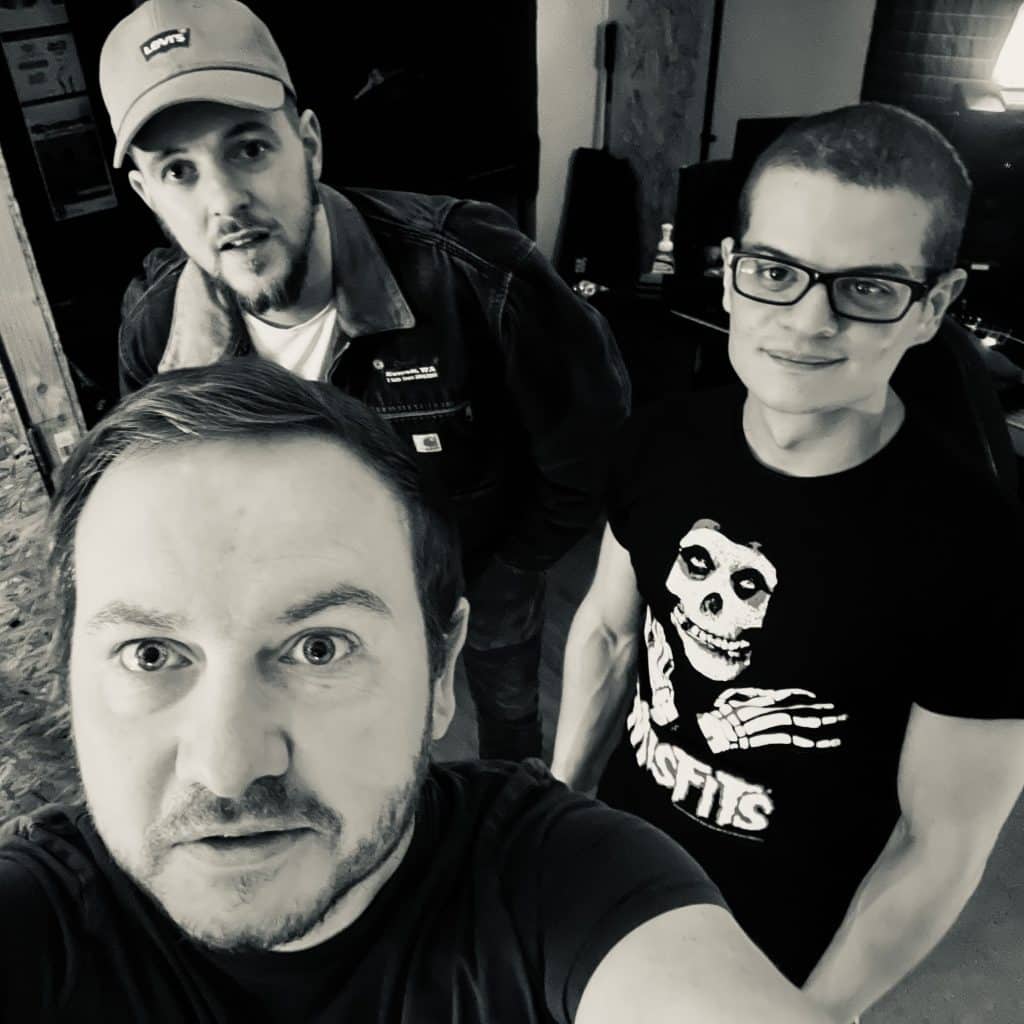 S] Talk us through the new EP, ‘Exponential Decay’, and how that challenges you in new ways as artists?

The EP has been around a year in the making. We do everything DIY. Calvin does the production, recording and mixing. Our buddy Tom Hewson (guitarist in the band Of Allies) does the mastering. On this record, Jon did the artwork. We either do it ourselves or work with local talent on everything we do.

The EP has four tracks, plus a short hidden bonus track for those paying attention. It’s melodic punk influenced by the skate punk sound of the 90s and 00s, with a peppering of our collective influences. In terms of challenge, there’s a song on the EP called ‘Insular Worlds’ and it’s very different from the other songs we’ve written to date. We all sat together and worked on that one and we’re pleased with how it turned out.

S] How much if at all do you draw from the Hull music scene?

We’re fans of a number of the local bands in the scene at the moment. Bedsit are fucking outstanding and deserve far more recognition than they have been getting. The same is true of our friends Silk Spinster and ADHD (All Demons Have Disciples), who Ash and Jon went to see on Wednesday night at the Adelphi, supporting The Mother Vulture. Kingsman fucking rule. Salvador are brilliant. System Paralysis isn’t that active these days, but we have a lot of love for them. Younger bands like Candid Faces and Ketamine Kow are tearing it up right now.

Speaking of younger bands, Alluvium and 6 Feet Under are a couple of bands we’ve played with, who are showing great potential. So yeah, we definitely draw from the scene around us. We’ve seen all those bands play live but our sound is different, we’re more influenced by the likes of Bad Religion, Descendents, and NOFX than we are by bands like Idles. It’s good though, it would be pretty boring if all the bands in the scene had the same sound.

S] How do you define success as artists?

Haha, if thirty or more people show up to a gig and appreciate the music then that will do. We had a good time playing with 999 back in September. We were among the youngest people in the room but we seemed to win over the older crowd. We have had people tell us [in the past] that they’ve been moved by specific songs that we have released, and that means a lot.

We haven’t thought about that, we’re living in the here and now. It may well be that twenty years from now, no one even remembers that we were a band. But that’s okay.

S] Is there anything you’d like to add, and plug?

Yes! Our EP, Exponential Decay is available on Bandcamp and all the usual streaming platforms. Plus we have some CD copies available at a fiver a pop if anyone’s interested. Perhaps you could use them as Christmas tree decorations or something? We’ll be releasing more new music in 2023.

And for yours, cheers we appreciate it.