Recently, Soundspheremag scribe Rick Walsh had the opportunity to listen to the brand new Steven Wilson (Porcupine Tree) album ‘Grace For Drowning’ before it’s released in September. Though, we warn you, dear readers, that this thing is not for the faint of heart, but that’s no bad thing. If you like your music progressive, technical and outstandingly heavy at times, then this record will be for you. Rick gives us a general overview of how the record sounds… 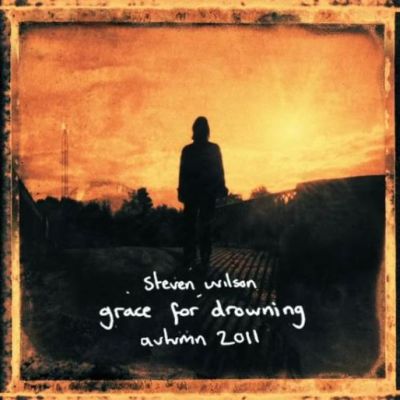 This album is a radical and random collection of music that won’t be easy for the easy listener to take in. Expect the unexpected with this record at all times, and when I say that to you it’s not meant to frighten you at all, I just mean that you shouldn’t be surprised at the amount of tweeting birds you will find on this material! This two-part instrumental disc has all the necessary ingredients to make you wonder deep into your own soul and it will hit you with heavy-as-hell attitude and poignant melodic parts geared toward confusing the senses. Indeed, Wilson uses all kinds of genres throughout; from pure jazz, to classical via rock that will have to grabbing at the sharp hook Wilson has left out for you to bite down on.

So yeah, Steven Wilson is a twice Grammy-nominated producer, writer and performer, best known as founder and frontman of the British rock band Porcupine Tree, and he describes ‘Grace For Drowning’ as his “biggest project to date”. Most surprising here is the amount of jazz influence on offer, and while we know that this artist has worked with many champions of that genre over his storied career, there’s a lot of that style packed in to these songs. What does that show? Well, pretty much that Wilson isn’t afraid to bring out some odd time signatures crossing over from melodic melodies to instrumental piano blending into repetitive (yet addictive) rock chords, but then, you all knew that anyway. Are you excited yet? Ya should be!

Wilson’s intelligence and general musical prowess dominate throughout this album, but as ever, there’s no ego to be found, just good music that will speak to the listener in a range of ways. There is nothing here that comes across like your average three-minute pop song, as Wilson continues by explaining the style and form of the record (confirming some of the ideas that we’ve picked up on ‘ere), “‘Insurgentes’ [the first solo record] was an important step for me into something new. This record takes that as a starting point, but it’s more experimental and more eclectic. For me the golden period for music was the late sixties and early seventies, when the album became the primary means of artistic expression, when musicians liberated themselves from the stereotypical pop song format and started to draw on jazz and classical music especially, combining it with the spirit of psychedelia to create ‘journeys in sound’ I guess you could call them.

“So without being retro, my album is a kind of homage to that spirit. There’s everything from (Ennio) Morricone-esque film themes to choral music to piano ballads to a 23 minute progressive jazz-inspired piece. I’ve actually used a few jazz musicians this time, which is something I picked up from my work remixing the King Crimson records.”

The tracklisting for ‘Grace Of Drowning’ is below…

After our preview listen, we can surely give this record a solid…