Melissa Auf der Maur – ‘Out Of Our Minds’

Home » Melissa Auf der Maur – ‘Out Of Our Minds’

When the opening lyric to an album asks “If you’re listening / Come in!”, one can assume a  polite invitation to witness some palatable, frequently generic rock music; rather than being thrown into a thrilling experience of experiment and intrigue. On ‘Out Of Our Minds’, Melissa Auf der Maur sadly spends her time cruising through unoriginal ideas, occasionally stumbling upon inspiration. This scribe will openly admit that he does not fully grasp the vast project that the former Hole bass player has embarked upon (The ‘OOOM’ franchise also includes a comic book and a short film), but anyone paying the best part of a tenner for a set of songs is entitled to judge them as a standalone piece of work. And that is what we shall do here. 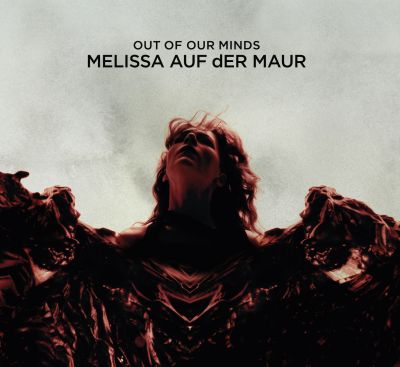 Instrumental number ‘The Hunt’ opens the album, and immediately we are firmly in the realm of mediocrity. It pulses and builds for three minutes but does only an adequate job of developing pseudo-tension. Things pick up, however, as obvious single choice and title track, ‘Out Of Our Minds’ follows, employing a robotic chorus and some catchy “aaaaah”s to entertaining effect. Third track ‘Isis Speaks’ is also well crafted and showcases Auf der Maur’s fifteen-year education in alternative rock. By now listeners have a sense of the self-proclaimed “Viking-themed project” that this album is a part of. The lyrics flirt with archaic storytelling and the riffs and orchestrations competently pander to a Hollywood Viking soundtrack throughout.

The eponymous previous solo effort from Auf der Maur seemed somewhat backwards, failing to show any signs of progress or maturity from her previous career. Whether a reaction to that observation or not, ‘OOOM’ does give the impression that the Canadian songstress is looking forward, trying to grow both as a musician and as a tunesmith. This results in the unfortunate exposure of some of Auf der Maur’s weaknesses, but also in the pleasant revelation of her best assets (stop laughing at the back). ‘Meet Me On The Dark Side’ is a bizarre hybrid of 80s synth-pop and alternative metal, and yet is a superb example of songwriting skill, and works very well indeed.

Two tracks later, ‘Father’s Grave’- a collaboration with former Misfits frontman Glenn Danzig– provides the album highlight. Danzig’s vocals lend themselves perfectly to Auf der Maur’s song, tipping its hat to The Animals and 60s rock. The chorus has the flavour and ingredients of the dirty Chicago grunge that Smashing Pumpkins mastered (with Melissa‘s help) so well, with some Red Hot Chili Peppers-esque melody thrown in for good measure. It’s a shame that there’s so much banal instrumental filler in between the precious peaks on the album.

Melissa Auf der Maur is indeed a talented bassist, and recently cast aspersions over Hole’s reunion due to her absence. The problem is, she does everything else like a bass player. The guitar work is competent at best, and sometimes there’s a feeling of interminably plodding towards the end of the song. Queens Of The Stone Age producer Chris Goss’ presence is felt, but all too often the raw materials just aren’t there for him to work with. ‘OOOM’ is a pleasant, listenable album, but I suggest you immerse yourself in the full project ( the film and the comic) if you want to really enjoy the experience.