CD Review: Alesana – ‘A Place Where The Sun Is Silent’ 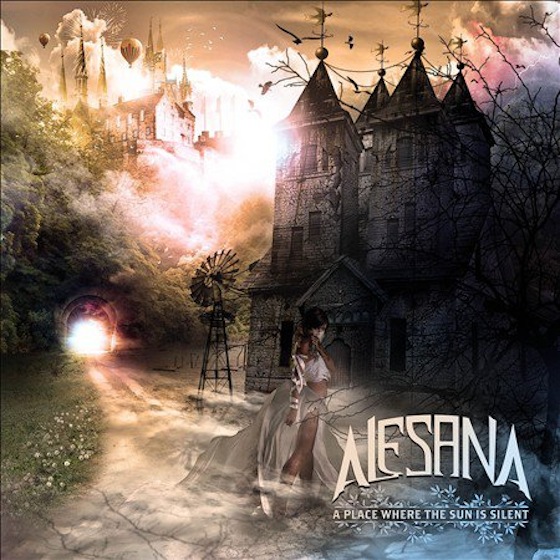 Though this post-hardcore album is overlong and the concept seems rather opaque, it does have high points including musical skill and an interestingly wide range of influences, and shows that the band are (slowly) honing their sound. An ambitious effort, though this latest offering

falls a little short of the mark.

Opening the album, we have ‘The Dark Wood of Error’, a song of haunting melodic piano, ethereal voices – and a creepy-sounding voice speaking in Italian. This turns into ‘A Forbidden Dance’. Here, you can hear a lot of the different influences. There’s some screaming, but also a Panic! At The Disco-esque chorus. It’s a very catchy, enjoyable song, with even a bit of brass helping the cause.

‘The Wanderer’ starts interestingly with piano, accordion, clicking fingers and strings: a duet. Slow and sweet, this song is soft and more poignant than the others on the album. ‘The Gilded Masquerade’ is one of the best songs, it epitomises all the Alesana is trying to do. With a great name, infectious guitar hook, screaming as well as clean-cut vocals, it breaks down to staccato at the two-and-a-half minute mark where it builds back up to its catchy melody.

One of the highlights of the album is ‘The Best Laid Plans of Mice and Marionettes’. It’s a fun track that seems to incorporate the element of screaming as an integral part of its core, rather than as an afterthought as it sometimes feels on other tracks. Shawn Milke’s vocals are strong and contribute to the traditional post-hardcore atmosphere of the song.

Finishing off the album, we have ‘And Now For The Final Illusion’. An epic, chanting, catchy song; it ends with a voice talking about “the place where the damned call home” which probably has something to do with Dante’s ‘Inferno’…

The vocals on this album can seem whiny, but overall Milke’s voice is strong and the combination of male and female voices, and a bit of screaming, counters this. Instrumentally quite diverse, the melodic poppy choruses contrast nicely with the use of screaming and three different guitars. The
drumming was disappointing as it was barely noticeable and could have been used to better effect.

Overall, this album has its interesting points and would be a good way in to the post-hardcore scene, but by no means a great example. If you’re already a fan, you’ll enjoy it, but if you’re not, then enjoyment is not guaranteed.

For more information about Alesana, please visit their website.