Fresh from their win for best original score at last year’s Oscars (for their catchy, electronic and rhythm based soundtrack to ‘The Social Network’), we’ve all waited excitedly for months to hear what Trent Reznor and Atticus Ross would come up with for their collaboration with director David Fincher on his English language film-translation of ‘The Girl With The Dragon Tattoo’. 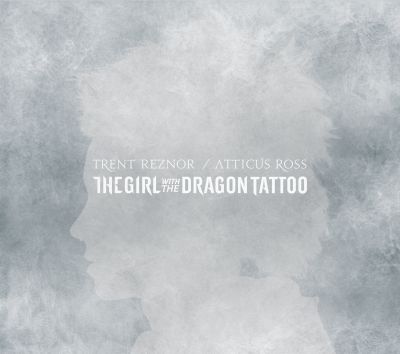 ‘The Social Network’ had a definably original sound differentiating it from the usual Hollywood themes, and there is something equally unique about ‘…The Dragon Tattoo’ that does not disappoint; although, it has to be said, the score may not be what everyone is expecting.

The vibe of TSN was speedy and upbeat, and a pleasurable listening experience; the mood for TDT is very different. Readers of Stieg Larsson’s ‘Millennium’ Trilogy will know that the feeling Larsson created in his novel is pensive and atmospheric and its transition to film should equally reflect this. The overall sound is broody and cold and this specific tone is maintained throughout the soundtrack, the emphaisis is more on atmos than melody and manages to shift seamlessly between trance-like, frenetic and menacing tones.

Reznor and Ross decided to avoid the conventional use of orchestra and any traditional themes (no surprises there…) pushing them to be creative in their use of sound design over stringed composition. Instead, they utilise a specific “sound” for each character, much like Hans Zimmer’s frantically eerie strings for The Joker in Christopher Nolan’s 2008 film ‘The Dark Knight’; used to create an unnerving feeling of that character’s mischief whether he was on screen or not. Reznor and Ross take on this initiative and fuel it with tension and electronic schism thundering an 8-bit techno beat through the faster tracks, a low unrelenting synth pulsing through the more explorative tracks and an open echoing silence for the quieter ones. This wash of often indefinable instruments make the whole score feel ambient and dreamlike and yet chilling at the same time.

Now, the ‘…Dragon Tattoo’ book is complex and heavily detailed while the score is equally so; Reznor and Ross use the haunting sound of an old upright piano, bashing nails and intermittent static give the feeling that everything is a little off-key as one cue flows into another. Yet with 39 tracks and at almost three hours in length, it can be a bit of a hard slog to make it through something so dark. We are, however, bookended by ‘Immigrant Song’, a re-imagining of Led Zeppelin’s 1970 original classic, featuring the ever hyper Karen O on vocals. This one, as you might expect resonates that same palpable Nine Inch Nails’ feel. The final track ‘Is Your Love Strong Enough’ is a poignant cover of the Brian Ferry song which was originally featured on Ridley Scott’s 1986 fantasy movie ‘Legend’ and is to be released on the next How To Destroy Angels album (Reznor and Ross’ band that also features Trent’s wife Mariqueen Maandig on vocals) which they are currently completing.

This is not a feel-good score but it is incredibly interesting in its complexity and if one (you) can endure, one (you) will find a beautiful, tender, chaotic and moving score which sounds like no other and improves upon each hearing.