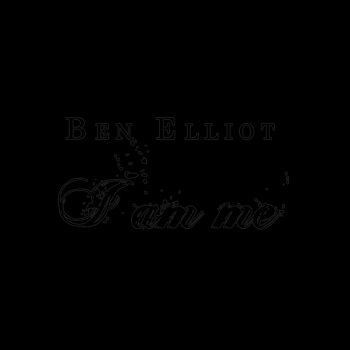 On his previous endeavours Elliot chucked distinct rock sounds in with vibrant blues elements and some sweet electronic wizardry to create the ultimate sticky pop-rock musical pudding and in effect, tick all the boxes to become one of, if not the standout solo talent on York’s thriving underground music scene and one of Yorkshire’s most promising alternative exports in recent years.

Musically on this new material which comes two years after his last record, ‘Fairytales’ and is aptly titled. ‘New And Improved’ there is a definite sense that the artist has grown and developed through both positive and negative life experiences and that he has returned with a fresh take on his own musical universe along with a burning desire to succeed and expand on what he has done before.

The opening track is, ‘My Crystal Flames’ and without sounding too weird, it’s a near-magical soundscape that relies on funk-infused back-beats and proud vocals to put an upbeat soundtrack over our tendency to not appreciate what we have and favour glammed-up celebrity culture. It’s a schizophrenic piano-led ballad that utilises psychedelic electronics to evoke and interest. On ‘Your Fingers And Your Toes’ there’s a definite commercial flavour that should incite some euphoric bedroom sing-a-longs around the country. It’s a soft-spoken love song that recalls Darren Hayes’ most affecting vocal performances and reminds of The Dissociatives at their most experimental and keyboard-happy. To put it simply, if Tim Burton took a dozen-or-so happy pills then he might compose music that sounds a little like this.

‘He Who Dares’ fires off nicely with some distortion fed guitars and pounding drum beats before giving way to the addictive pop melodies that make this lad standout amongst today’s crop. Immediately Elliot launches into a vitriolic tirade against those with big egos and no personality – as ever the hatred in the vocals is masked somewhat by the spacey electronic lashings which blend nicely with classic riffs and feel-good bubblegum rhythms which in-turn hark back to the most playful and glorious elements within Muse’s early work.

‘Only When You Sleep’ offers up a complete contrast to earlier material and takes influence from the likes of Patrick Wolf and IAMX for a dark-yet-sensitive cabaret of sound that builds and builds toward something that is best described as Daniel Johns of Silverchair fronting The Dresden Dolls. It’s a short and sweet amalgamation of classical, jazz and pop influences based on personal reflection that most listeners will be able to understand and get in to.

Meanwhile, ‘Take The Gold’ is the disk’s standout both sonically and lyrically. It’s no frills electronic rock style reminds of Elliot’s heavier stuff, specifically within the furious guitars and crunching off-beats. At the same time it explores some deep themes and the idea of overcoming self-depreciation that carries on over to the final tune. Note the lyrics, “What will the others say when you come back home, looking like the devil did when he cried alone”. These words suggest observation while on final tack ‘You’re A Sensible Man’ it seems far more personal. Indeed, on this blues-infected rocker Elliot seems to be discussing and rebelling against his own personal struggles through the use of squelchy electronics and honest words. “You’re a sensible man, so start acting your age” contrasts with, “Do you know that I’m feeling alive and I can’t help but smile?” for a track that will resonate with many and attract fans from right across the musical board if it is ever taken out live.

To summarise, while this is not a complete removal from his previous albums, ‘I Am Me’ shows off the essential diversity that is needed for an artist to survive and thrive in today’s genre swamp and musical wasteland. Ben Elliot’s sounds are diverse enough that each song will wind itself around your subconscious and create a home while the music’s uplifting nature will hook your attention long enough so that within the few minutes while you have been listening to the raw lyrics you’ve found a way to relate and as such, the personal themes and ideas will grasp you and hold you tightly so that you will want to listen again, and again.

If you are a fan of The Dissociatives, early Martin Grech or Darren Hayes (and everything that’s in between), then you really cannot afford to miss out on this exciting and determined musician.