The latest album from Black Stone Cherry, ‘Between The Devil & The Deep Blue Sea’, displays the diverse musical range they have always offered, which develops on here from catchy rock songs through to softer, intensely emotive ballads. Their previous album, ‘Folklore And Superstition’, was made up of notably heavier material, with an intense personal feel behind them. By contrast, ‘Between The Devil & The Deep Blue Sea’ seems more melodic and even accessible in some parts, with emphasise being placed on the songs being enjoyable and fun to listen to. 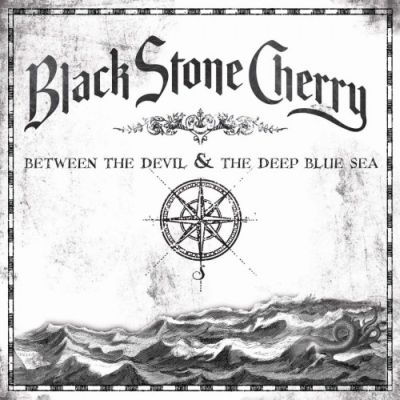 Black Stone Cherry have adopted a different approach to music with this new offering, making an album that is slightly more experimental and genre-spanning. Songs such as ‘White Trash Millionaire’ and ‘Blame it On The Boom Boom’ are made up of infectious rhythms, making it impossible for you not to want to sing along. Although the album as a whole has a lighter feel to it, songs such as ‘Killing Floor’ and ‘Such A Shame’ retain Black Stone Cherry’s usual intense and heavy feel.

Chris Robertson’s vocals throughout this album seem more confident, If you can imagine. On songs such as ‘Stay’ and ‘Won’t Let Go’, the voice is much more intense and powerful than we have heard on previous albums. Vocally, ‘Between The Devil & The Deep Blue Sea’ is smoother and clearer than anything that has come before. This could be due to the band’s choice to record in California with famed producer Howard Benson injecting a new voice and influence in to the creative process.

To conclude then, ‘Between The Devil…’ is a must-have rock record for 2011, which will appeal to music fans over several different genres and aid Black Stone Cherry’s rise to fame.