Crystal Castles first grabbed the attention of UK listeners when single ‘Alice Practice‘ was used in the illegal rave scene in Skins series two, after Sid finds out his dad has just died. Their unmistakable distillation of pain and anguish into retro audio sound bites won them a dedicated fanbase, but also many detractors, criticising their fragmented electronica as “unlistenable noise”. 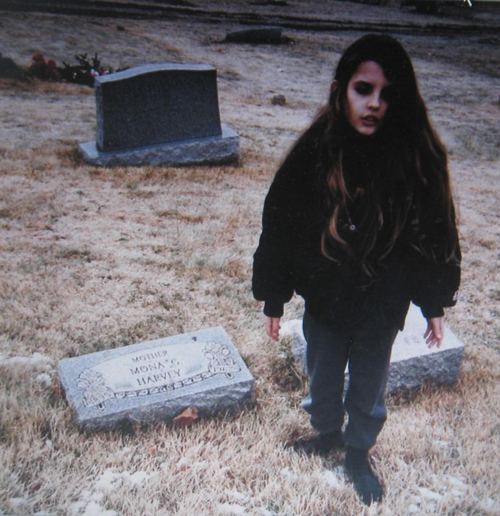 Originally hailing from Ontario Canada, vocalist Alice Glass and programmer/instrumentalist Ethan Kath have gained a reputation for their unpredictable live performances during which Glass ricochets around the stage and writhes on the floor, often drawing blood. Their first eponymous full-length album was released to much critical acclaim back in 2008, and confusingly, their new 2010 release is entitled ‘Crystal Castles (II)’.

The most memorable and controversial aspect of Crystal Castles’ music is their appropriation of Atari and Nintendo 8-bit video game sampling, which has raised some pretty serious accusations of plagiarism from various corners of the media. Regardless, ‘(II)‘ continues this innovative retro groove with epileptic fervour, juxtaposing these glitches with smoother, more mature techno refrains in tracks like the mellow ‘Empathy‘ and slick ‘Suffocation‘. It’s a less jagged and raw release than their debut but CC have lost none of their innovative spirit, only channelling their frustrations into creating music with more depth and texture than previously. Whilst not necessarily more conventional, or easy-listening by any means, it’s definitely a sleeker and more refined band than we’re used to.

Opener ‘Fainting Spells‘ is the soundtrack to an exorcism, reinforcing their particularly gothic take on trance that first endeared them to fans of both differing camps of music. ‘Baptism‘ is a jaunty little Mario-inspired tune complete with disco beat and Glass’ screechy, distorted screams, whilst ‘Pap Smear‘ loops quieter, spooky crooning over a tinkling video glitch with such skill that the final result is mesmerising rather than jarring.

Complicated and broken vocals combine with cool, indifferent instrumental and electronic backing to give slippery birth to something both intensely personal and bleakly sterile. CC resist tipping into cloyingly emotional territory whilst providing colour and soul to the blank slate of electronic beeps and pulses.

As a band, Crystal Castles manage to sample the most iconic, colourful aspects of ‘80s culture and layer them with a visceral, snarling veil of modern anguish, with a knack for interchanging and swapping differing beats and samples with the ease of turning a Rubik’s cube. Disbelievers might question the originality or even listenability of ‘(II)‘, yet it’s a solid effort that expands on the groundwork Glass and Kath began two-years-ago with grace and maturity. Static-X once implored us to keep disco evil, which seems in itself an accurate summary of Crystal Castles.