Dan Mangan is a beardy (of course) sad-eyed Canadian indie-folk-rock artist who is carving his way through this newly popular genre. This latest offering is Mangan’s third LP and is rich textured and stunning. 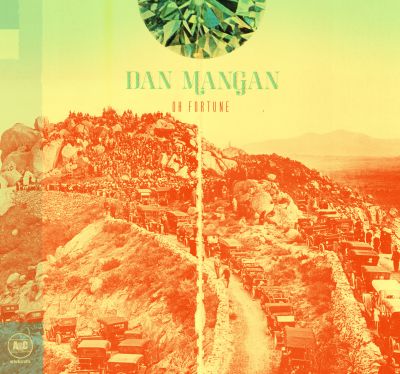 As expected, ‘Oh Fortune’ is filled with the lovely sound of acoustic guitar strings, but also with other sounds, such as horns and strings, and inspiration taken from other genres; this album will surprise you. With wider influences from his band and other musicians, it means Dan Mangan has found his place in the music world, with this record sounding “more like [him] than anything [he’s] ever done”.

Lyrically sad and thought-provoking, yet it is sonically uplifting and joyous. Full of juxtaposition, this record resonates with honesty, a view that reflects the real world as a contradictory place.

Opening with strings, the first track ‘About As Helpful As You Can Be Without Being Any Help At All’ leaves you breathless with its waltzing chamber-pop melody and Mangan’s emotional vocals. A perfect start to the album, it dips and soars, setting the tone for an eclectic sound that ultimately hammers home Mangan’s talent. “Let’s start a war for the kids…” are the opening lyrics to ‘Post-War Blues’ which instantly makes you sit up and listen to the faster indie rock of this interesting track. You could almost dance to this epic sounding song, but the lyrics make you want to listen, and I mean really listen to it. It’s a bit like the sensitive cousin of Mumford And Sons.

On the softer side to the album, ‘Leaves, Trees, Forest’ is a simple and harmonious piece that sees the vocals more quietly controlled and the guitar gentle. One of the highlights of the album, it’s a song that makes you want to lie on the floor and listen to it over and over again. The end track, ‘Jeopardy’ is the longest at around the five minute mark and is a beautiful, sorrowful song. Invoking depression, confusion and isolation with simple drums and chilled acoustic motifs, this track ends the album with a horn solo and leaves you wanting more.

If you’re a fan of Bon Iver, Fleet Foxes, or The Swell Season then Dan Mangan’s ‘Oh Fortune’ is a must-listen. You simply must. This LP provides catharsis, hope and beauty in an acoustic guitar and a baritone voice, sustained by swirls and eddies of strings and horns and brought home by the tenacity of the drums. Contradictory in nature, sweet and provocative it fills you with a sadness that it has to end.