It’s very difficult to monitor just how [DIGI]Core have grown over the last few years. They have been very difficult to locate. The band seemed to have disappeared from off the face of the earth, until recently. The group’s mastermind Dan Buckley (Psy) and drummer Cell did the writing and Buckley recorded most of the instruments with the other members contributing at various points. Whatever, they have come back with something of an epic, though it’s hard (because of the aforementioned disappearance) to imagine [DIGI] as the complete band they once were. 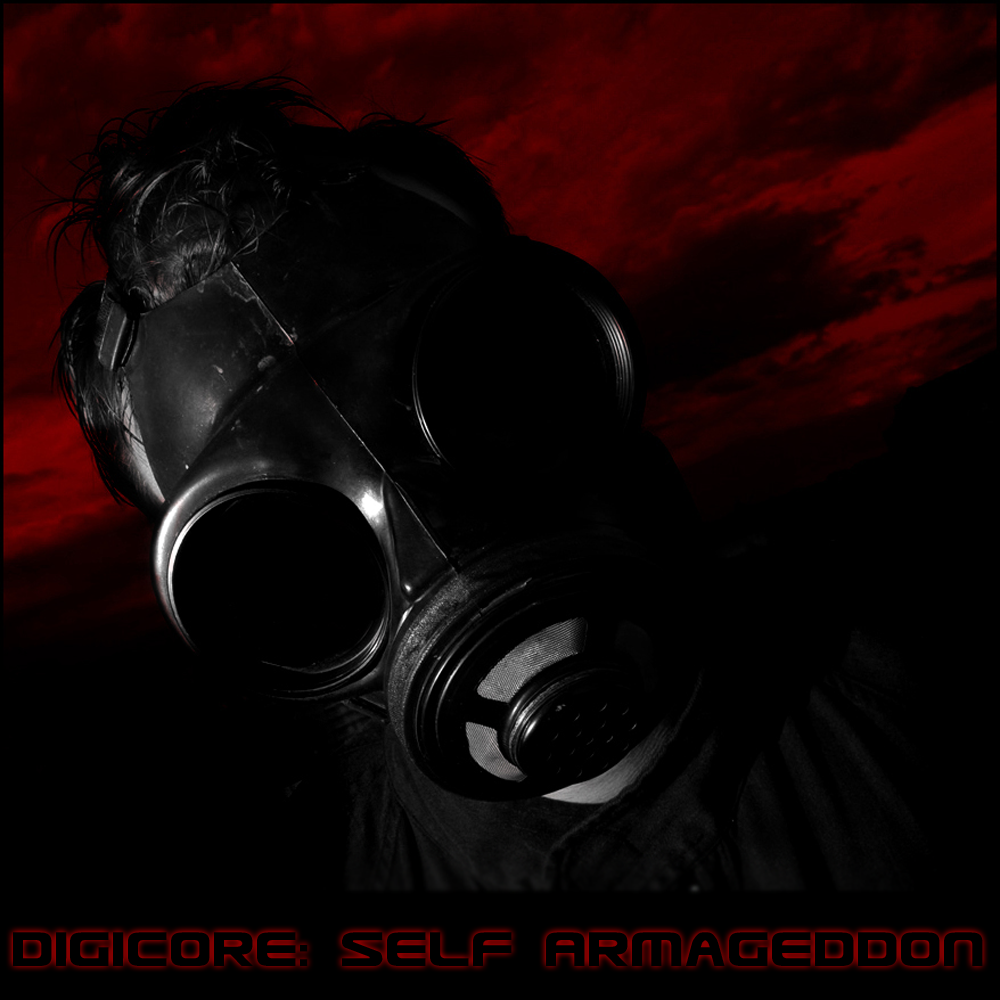 The intro to the album is soft and promises so much as it leads us into the typically dark ‘Reborn’, this is a moody anthem to inspire the disenchanted. This album already sounds rawer than their first effort. We are not sure if this is a positive move or not, though to its credit the track has some surprisingly thought-provoking vocals that might just send shivers down your spine. ‘Nothing Matters’ reminds of earlier material, part full throttle Pitchshifter and part dark and seductive Stabbing Westward it attacks the senses and should become a favourite in the live arena. At the same time this track perfectly displays the evolution of Psy’s vocal ability and inspirations with the incorporation of more intelligent dance music elements and a wider range of tones.

‘Something Wonderful’ by contrast is a furious D&B-infused metallic beast without any give, harking back to the old days of core’. ‘Martyr’ is a Godhead-baiting emotive rock-out that stops and starts. This is a little different and long-time followers might be somewhat bemused to see the band’s “softer” side. This is [DIGI]Core at their most stripped down and whilst it’s not groundbreaking it’s certain an intriguing listen. ‘Are You Happy Now?’ takes things up another notch and in keeping with the personal themes of the album it looks at the deterioration of human relationships. Though, this is no “emo” tune, it’s done in a full-bodied and venomous way geared toward making Psy and co. sound like the harbingers of the subject’s destruction.

‘Pig’ continues this vitriolic trend and the band use the song to confront Britain’s political state in the only way that they know how – loudly and through headbanging, possibly with glowsticks. This track is already a proven live anthem that reinforces the unit’s grit and the determination they have to succeed and evolve throughout adversity. ‘I’m Your God Now’ bulldozes over the synapses, guitars buzz emphatically whilst intelligent drums intermingle with the dance-orientated electronics for one of the standout tracks that explores the darker side within us all. The title tune ‘Self Armageddon’ follows on acting as the perfect cyberpunk soundscape, melodic and dark in parts, frantic in others. This is a song that Reznor would be proud to have dreamt up.

‘Suffocating’ however, is the most chaotic track on here and this time around that’s not a good thing. This is the weakest link on the album, there’s too much going on at one time, and the heavy wash of electronics actually detracts from the musicianship and momentarily throws off this very direct flow of material. ‘Rot’ places us firmly back on track though, with a bleak and brutal look at our society’s tendency to shift responsibility and fail to take action when it counts. It’s not clear whether this is inspired by a single figure, but it’s certainly something we as a nation can understand. ‘Suffer’ has some really great synth elements and it flows well blending industrial body music with some top quality metal drumming and some seriously cutting guitars. ‘I Need You’ follows on nicely, mixing some exquisite machine beats and random bleeps a la Prodigy with haunting Gravity Kills-style vocals. ‘Destroy’ is a near-seven minute epic to finish off, and it’s a furious crossover beauty blending rock guitars with resounding drum and bass for a grand end to a decent record with the outro sending us off on a wave of chilled electronic noise.

[DIGI]Core are not re-inventing the industrial genre but then they aren’t trying to, they are simply paying homage to music they love. The sound has certainly matured since Stabbing Westward and that becomes much clearer as the disk develops, there is a real sense of self-belief and a power to these songs that demands absolute respect and attention.

For more information check out the band’s Myspace and Stabbing Westward.

The album will be available soon from the website as well as on iTunes.

Check out this live video of [DIGI]Core performing in York.