CD Review: fiN – ‘Life Is Wasted On The Living’

Home » CD Review: fiN – ‘Life Is Wasted On The Living’

Throughout the past two years, fiN have enhanced their profile by touring Europe with several established acts including Muse and Feeder. With over 200,000 YouTube hits and gigs a-plenty, fiN are sure to make a successful year out of 2013. 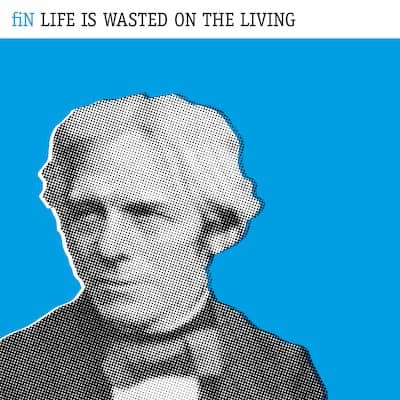 The digitally released 12 track album ‘Life Is Wasted On The Living’, which will be available to download on March 25, is a collection of their previous singles and includes four new tracks which will make you an even bigger fiN fan.

The album begins with their debut single, ‘The Artisan’ which is a perfect track to kick start this edgy album. Layers of drum beats, the booming bass-line, choral harmonies and electronica elements provide excitement and allowed us to engage with fiN’s musical ambition. ‘It Changes Everything’ combines Harding’s heavy drum beats and Joyce’s echoing vocals to create a positive atmosphere. The lyrics: “It changes everything/But I feel alright” are reflected through the track’s tone and tempo.

‘Life Is Wasted On The Living’ continues the up-beat tempo but alters the meaning. The song celebrates compassion as Joyce’s voice interprets his belief in the lyrics “Life is wasted on the fools who walk away…” With Garner producing uplifting guitar riffs and Lambert delivering dominant bass lines, the song is immediately likeable through its catchy chorus and empathetic meaning.

One of fiN’s new singles ‘Where Are You Now’ conveys a softer side to the band. The blend of acoustic guitar, cello, violin and Joyce’s tender vocals emulate emotion and passion throughout. The feel good Snow Patrol-esque ending improves your mood if you’re missing that certain someone.

The final song on the album is bonus track ‘5am’ which is a song we can all relate to. The acoustic guitar riffs are complimented by the harmonising string instruments as Joyce sings in a gravelly voice. “There’s a train back to London at 7am/So we may as well keep drinking till then”. The authenticity of the song brings it to life and makes it relatable. Definitely one of our favourite tracks.

‘Life Is Wasted On The Living’ is a brilliant album. It captures moments of beauty, humour, and casual fist pumping. It includes emotional songs as well as the usual electric guitar solos, loud bass lines and heavy drum beats which we love just as much. This is certainly just the beginning for the Londoners.