The last drummer we recall stepping out from behind the skins and taking up a spot behind the mic was Phil Collins. There’s little doubt that that he should have stayed where he was. So for ex-Placebo drummer Steve Hewitt and his new band Love Amongst Ruin, the only way is up. 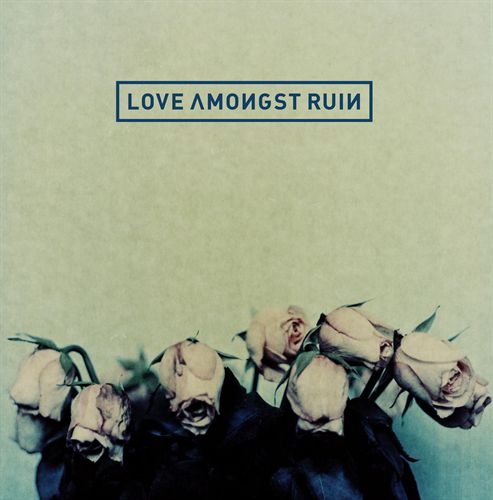 Steve has assembled himself a talented little crew here, and look to be serious in both taking their own musical direction and in their publicity. A “warm-up” live gig earlier this year paved the way for their current tour schedule. The first single from the album – ‘So Sad (Fade)’ – and its accompanying video were released last month, with the album now upon us. We thought we’d give it a blast, and let you know what we think of it. The single track opens the album. It’s brooding and rocky, with addictive, droning, cyclic guitar riffs. It’s a good track, but we’re not convinced that it’s the best on the album, and it’s not overly typical of the CD’s contents.

We’re trying to avoid using the word “melodic” too much in reference to this album, but it’s difficult. Love Amongst Ruin might be seen and billed as a rock act – and they can certainly bring the wall of guitars out where required – but they are far more delicate than most. The Placebo influence is certainly in there somewhere, but it would be more than a little unfair to simply label the band as a spin-off. There are a lot of elements here, and it would be shameful to start attributing them to various sources. The musical talent backing up this album is clearly very diverse in influence, but it all fits together seamlessly.

‘Come on Say it’ is a track that particularly stands out to us: Whispered, sultry lyrics and soporific guitar plucking merged beautifully with violin strains are the cornerstones to this devastatingly beautiful track. The pin-sharp production helps, too. It’s nearly seven minutes long, but we just listened to it four times in a row. Several of the tracks are dark and smoulder like a lover’s eyes, but the album doesn’t roll around in melancholy and misery. Overall, the album’s tempo is fairly low, but not desperately so…except for the last track, whose piano chords and sombre notes had us fighting over the razorblades. Other tracks on the album are more upbeat though, and there’s a trademark wail to the guitars that emerges in various tracks which works exceedingly well with the vocals.

This is a fine album, with double points for being a debut. The production value is there, and tracks differentiate themselves from one another considerably, while keeping with a general theme. We said we weren’t going to mention other bands, but we’ll buckle here: If you like The Cult with perhaps Smiths and Cure-like guitar elements, then this album really is a must-buy. Even if that’s not your idea of a great sound (heathen!) then there’s probably something here for you, just as long as you’re not expecting a 40-minute howling guitar-fest. It’s not a “jumping around” album by any means, but it is very good. Love Amongst Ruin is certainly a name to watch.