Sometimes, when you bang away at the same thing for a long time you can make a breakthrough. But then, other times you end up just repeating yourself over and over to no avail. This is as true for music as it is for brick walls. Whilst other bands might have stumbled, taken a left or right turn, and eventually got somewhere new and exciting, Panic Cell seem insistent on pounding the same tired spot as often as they can. It’s just occasionally they’ll take longer run ups. 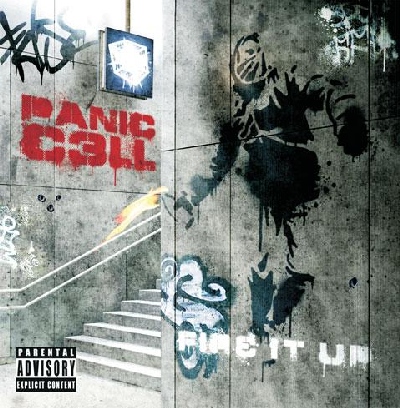 ‘Fire It Up‘ is the third studio album from this British band and rather than build on the critical success of their sophomore effort ‘What Doesn’t Kill Us‘ they seem to have chosen to retrace their roots and provide us with more of the same.

Not that this is an entirely awful prospect, the elements that got them this far are all still present and correct and if you are already a follower of the Panic Cell bandwagon you’ll likely find much to enjoy. But if you’re not, then you might expect something more from the band’s third crack of the whip. ‘Fire It Up‘ is an album which skirts dangerously close to parody.

Things get off to an excellent start with opener ‘Burden Inside‘ (and ‘Unburden‘ also deserves special praise). From an insistent, alternating riff the elements are gradually layered in and built up until you’d think Panic Cell were some kind of marauding army charging over the crest of a hill. When Luke Bell’s vocals finally hit they’re not quite the raging battle-cry you might’ve expected but still pretty effective.

In fact this feels almost completely like Luke Bell’s show, which is fine when it works but too often we have to rely on the vocal lines to pull everything together and they’re just not up to the task. ‘Splitting Skulls‘ starts well but is soon marred by lyrics which sound like the petulant ranting of a teenage boy. You can almost feel the rest of the band cringing just before they cut him off with a screeching guitar solo.

‘Lie To Me‘ changes gear so many times that it’s hard to keep track and it seems specifically designed to neuter the guitar lines by cutting them off before they have time to make an impact – this is a particular shame as the guitar and drum work on this album is pretty strong when it gets going.

‘Fire It Up‘ isn’t a complete failure but at its best it feels very much by the numbers music. The band obviously have a talent and as long as you’re not expecting too much then you’ll be in safe-hands. Tracks like ‘Jaded‘ and ‘Black Juice‘ reveal the limits – aiming for a more melodic, mass appeal they come across as a mix of earnestness and inability to articulate, not only lyrically but musically as well. They’re muddled and where the best Panic Cell tracks knit together to form something taut with the lyrics punching through, here the individual elements just hang loose and limp.

For the fan’s sake it’s probably okay for Panic Cell to keep hitting that same spot – they’re pretty good at it after all. But for those of us who want our music to feel fresh and inventive and who want the British metal scene to look forward rather than back, maybe it’s time for Panic Cell to change up or ship out.