We didnt really know what to expect from this album. Being the second album by the solo effort of Erik Aicrag (He of Hocico fame) We were, being honest, expecting something more like Hocico. Well, it just goes to show that if you preconceive a notion, its going to be wrong. This is vastly different to Hocico, and in some ways different to what else is out there at the moment. 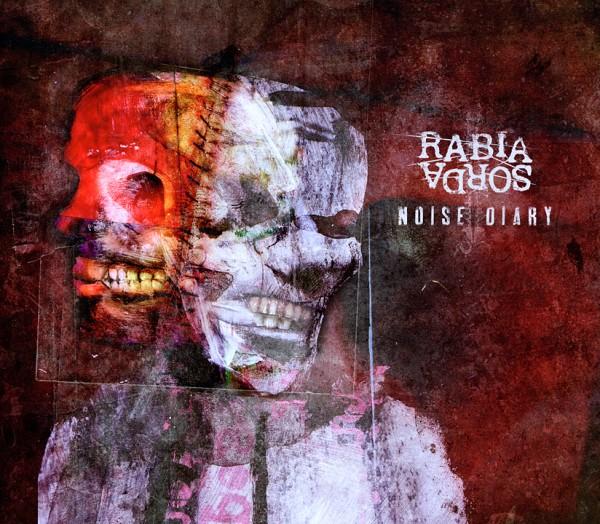 It still has that punky agression, especially on ‘Radio Paranoia‘ which is filled with stompy blasts, synths, and a cyberpunk feel – all chrome-plated beats  and a rallying cry to, ‘Switch off switch of / turn it on‘. But we digress. The whole overall feel of the album is one of dark, complex layers, with dystopian blasts of noise throughout, but with unusually quiet, beautfiul shards of consciousness at some points in the album.

Opening track ‘First Page‘ is merely an intro track, insofar as its 30 seconds long, but don’t let its simplicity deceive you. The actual feel of this song in itself holds a vast complexity of emotions within its bleak soundscape, setting you up for the rest of the album. Second track ‘Out Of Control‘ is just that – crashing in with a snarling anger reminiscent of early Combichrist crossed with KMFDM, it grabs you by the sensitives and gets the adrenaline pumping. Next up is ‘Heart Eating Crows‘ which is a slight change in direction, harping back to a very 80s sound, full of synthpop inspired tricks, but with harsh Skinny Puppy style vocals. ‘Get Your Over Dose‘ meanwhile is a definite dancefloor candidate, a straight forward drug-fuelled romp through the senses, kicking your brain out of your skull in the process. ‘Burning House‘ well… beautiful. A haunting melody underpinning a pure melancholic darkness that transports you somewhere else. A work of tragic genius. ‘Monkeyland‘ for us is the weakest track on the album, it’s not a bad tune, it just seems a bit too rough and one-dimensional in parts.

‘Mirrors And Knives‘ is another down-tempo track, brilliant in its bleakness, with some nice synth-lines and dysfunctional leanings, with pained vocals throughout. ‘NME‘ is a dark, un-relenting piece of aural terrorism. ‘Money Talks (And Rots)’ is another piece of industrial punk, underpinned with a distorted synthpop back-up. If a song could spit in your face, this one would. Next up, ‘A World On Fire‘ is a fairly straight forward piece of alternative electronica, and sonically one of the cleanest songs on the album.

Closing track ‘This Is The End‘ with its simple, almost mantra-like lyrics, finishes the album in true style. We never thought that an industrial song could sound like The Doors, but the comparison here is subtle, but obvious if you really listen to it. It’s a beautiful, melancholic piece to start with, and then builds into a pained monolith of a song, weirdly reminiscent of The Doors‘ ‘The End‘. Seriously, listen…

All in all, this album is not to be casually stuck on at a party or in a club. You won’t find any “floor-fillers” (with the exception of ‘Get Your Over Dose‘) but what you will find is a well-crafted piece of art. An album that has been made first and foremost for the artist and then for the public. You need to find some free time, turn the lights off and stick it on. Ready your ears for a truly uniue and unusual album.