‘Anomie’ is the new album from Swedish industrial rock hero Tim Skold, his first solo release since his self-titled debut solo album released way back in 1996. Skold himself had been on the scene for many years before this first release, since as early as 1987 with his original band Kingpin. After a career working with many different bands, most notably Marilyn Manson, the alt-electro supremo has returned to his solo work, which has clearly been influenced greatly through working with the artists that he has. 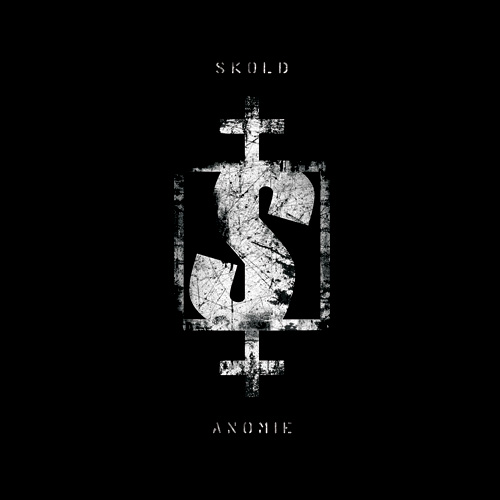 As you would expect after working with Marilyn Manson for seven years between 2001 and 2008, the general sound that Skold produces with this album has lots of features that are similar to a large amount of Manson’s work. The similarity that instantly jumps out at us is the reliance on haunting vocals that are used constantly to create a menacing and ominous feel. The way in which Sköld uses this convention is very clever nonetheless, and it helps to bring his songs up and down in tempo as they progress and develop.

Most hardcore fans of this man will know that whilst working with Manson, especially during the making of his band’s album ‘The Golden Age Of Grotesque’, Skold had a very hands-on role with every aspect of the music, not only playing bass as his original position suggests but also producing and editing the album, creating artwork, writing the electronic parts, programming the drums and beats, playing guitar, accordion, keyboard as well as synthesiser (most everything, then) on the album. These are factors that have for better or worse made the music that Skold produces now all too similar to that of Manson (in his most commercial period, lest we forget) but without that band’s main selling point, the god of f*** himself and all of his questionable, childish yet totally attention-grabbing acts (listen to ‘Here Comes The Thunder’ for Skold’s undeniably catchy and venomous take on the man). After listening back to older material that Skold created before that time and seeing how he utilised a much more individual electronic style, we feel this new record doesn’t quite live up to the music that was being made by the same man 10 years ago. Rest assured though, fans of modern industrial sounds and the ever progressing hybrid style should lap this up.