Solemn Novena are said to have created the ‘essence of goth’, however we found this album to lack the essence of anything, really. Don’t get us wrong, the songs are catchy in their own way but for us the material on offer doesn’t really possess a beginning, a middle, or an end. Many of the songs on here take too long to start and then when the beats finally kick for a track, it lacks a climax or a hook. 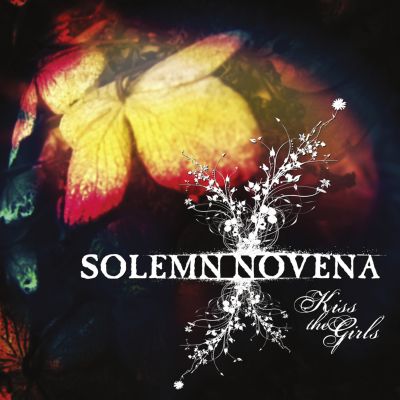 On the whole, the band seem to lack originality and there is a distinct absence of depth beneath the techno, trance music. If anything it sounds completely synthetic at times. It’s not all bad though as this album does show signs of potential greatness through songs like ‘Juliet‘, which include a very seductive introduction that will have the listener hanging on to hear more. The progression on to a more aggressive cutting, pounding bass is a spark of genius and if it continued, then you would find yourself reading a rather different review right now.

Songs like ‘The Dreamer‘ and ‘Kiss The Girls‘ encompass a very lustful sound but the band fails to add variety and so any brief infatuation ends and the optimism one might have for the future of this material turns to pessimism. We don’t want it to sound as though we are simply panning this band as this scribe does believe that SN possess a great deal of talent. They have a very post-modern and futuristic sound and as such create a very floating, dream-like atmosphere for their sounds – ‘dream-rock’ if you will.

Their aspirations for an epic gothic sound are over-ambitious and, instead, leave the listener with vintage techno and, dare I say it, hints of pop. The group’s aim to create solid and straightforward goth sounds is slashed as Novena shamefully take a left turn and end up with something closer in sound (but not in talent) to Evanescence and Paramore, with an eighties twist.

Interestingly though, the album does start to develop a balance of sounds towards the end when we switch ‘Tell Me Your Secrets‘ to repeat a few times. This track creates a strong sense of depth and diversity, arguably for the first time on the entire record. This song breaks down boundaries between genres and creates a new hybrid of sound – top marks for this one.

While the last part of the album definitely won us over, the collection as a whole is very inconsistent and it felt like ‘trick or treat’ summed it up in musical form; we felt tricked into listening to the entire album, but treated by the unique and euphoric songs towards the end.