Do you remember the nineties? Swound do. Like a modern day Hanson, the Staszkiewicz brothers got together and formed a band. 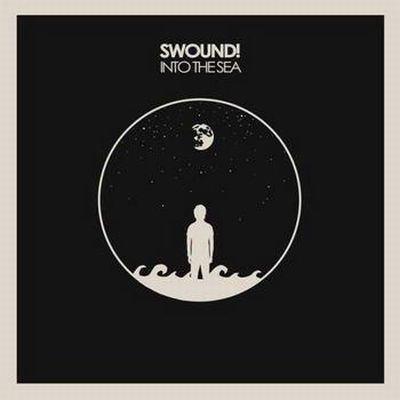 Unlike Hanson, this band is good. and here is what makes Swound! good: the nineties. You love the Pixies right? Pavement? Well Swound! do. The brothers Staszkiewicz make a pop punk sound that owes more than a little bit to new wave as filtered through the verse/chorus/verse dynamics of Weezer and the loud/quiet/loud of The Pixies.

You can’t fail to love a band that creates an entire chorus out of a line from ‘Back to The Future’. Well, you could, but you’d be completely inhuman. ‘your kids are gonna love it’ is a great slice of poppy-punk. The riff from the next track, ‘Big Trouble’, sounds a lot like ‘Dope Nose’ by Weezer. Throughout the course of ‘Into The Sea’, Swound! reference Weezer in the same way that Yuck constantly reference early Dinosaur Jr. This is no bad thing: Swound!’s version of Weezer is far better than anything Weezer themselves have produced in the last ten years. The only criticism is that the lyrical depth and sexual angst that characterised Weezer’s early work is missing from Swound!’s record, people respond better to songs about not getting girls than they do songs about Dr Pepper and the special edition ‘Planet Of The Apes’ DVD. That sounds harsh, but it pales in comparison to the fact that ‘Into The Sea’ is just great fun. It’s poppy as hell and danceable and full of songs that you end up singing along to the first time you hear them. It’s not going to be your favourite album of all time, but it is going to brighten up your day.

The title track closes the album and it is the most perfect song that Swound! have. It’s four and a half minutes of pop that starts off great and gets better, building into something intense and kind of beautiful. There’s nothing else to say. This is a promising album from a promising band. Well worth checking out despite its flaws.