Working at Soundsphere towers is akin to Forest Gump’s proverbial box of chocolates; you never know what you’re gonna get. Extreme metal, electronic or even goth music. Yep, never a dull moment and one of the most enjoyable aspects is the continuing exposure to music that, left to one’s own devices, one wouldn’t normally choose to entertain. There sure is some quality rock ‘n’ roll out there, in all its myriad plumage, and it’s a treat to hook up with some of the UK’s freshest and most exciting talent. 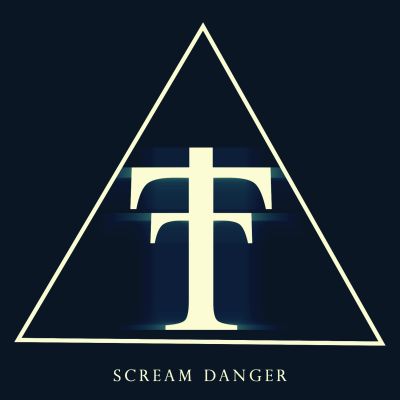 There is a downside, of course. Every now and again our beloved editor, passes over a disc that exudes promise. A band that is creating a buzz, an act that has critical acclaim and the cognoscenti predicting next-big-thing status. And then it hits the old death deck, the first few bars filter through and…that distinctive sinking feeling in the pit of the stomach starts to build. Oh dear.

Sad to say, Tall Trees are the latest act to induce a moderately severe case of pancreatic elevator syndrome. It’s a shame and all that but we gotta call ‘em like we see ‘em, dear readers, otherwise we are not doing you the service you’ve come to expect and deserve.

So, what’s the problem here? Well, there are several so let’s start at the beginning. Opening cut, ‘Scream Danger’, while having a nice, crisp snare sound and some simple but effective fills from sticks-man, Phil Kennedy, is ruined, or at least the chorus is, by the worst guitar sound it’s been this scribe’s misfortune to encounter in quite some time. Thin, scratchy and more resembling a scrambled radio signal of white noise than a conventional electric guitar, it’s pretty incredible to think that, somewhere, someone, actually probably several someone’s, sat down, listened to the playback and went: “Killer! Just what we wanted! That’s a take!”

‘Below The Water’s opening salvo, while generically and un-originally indie, at least has an acceptable guitar tone so why on earth the chorus, again, has to revert to the buzzing-wasps-in-a-jam-jar sound of its predecessor is something of a mystery.

The vocals of frontman Jack Valentine are probably the biggest problem, though. Sitting uneasily in a no-man’s land between Morrissey and Feargal Sharkey, his wobbling histrionics, only narrowly avoiding going flat in several places, strongly suggest some substantial help from old friend Mr Auto Tune. That may well be unfair and not the case but once the suspicion lodges it’s hard to displace.

The material, too, overall, is just too ordinary to induce any genuine feelings of excitement or interest. There are no real hooks and simply playing louder and spanking the plank harder for eight bars or so can’t disguise the absence of quality choruses.

Despite their only being six tracks on this debut mini-album, it seemed to last as long as a Leonard Cohen double-disc live set. Sadly, it invoked the same emotions, too.

The Manchester-based quartet, at least according to the accompanying press release, has “…pioneered their progress into becoming one of the most supported bands in the unsigned music scene. Their local success has gone on to provide a demand on the, prestigious, BBC Radio Manchester, whom invited the act to perform a live acoustic session.” Hmmm…If you say so, lads.

We, on the other hand, would simply ask: does the world really need another uninspiring indie-by-numbers outfit bringing nothing palpably new or exciting to the genre? That was rhetorical, by the way…