CD Review: The Charlatans – ‘Who We Touch’

The Charlatans, the alternative rock band from Northwich have returned in their twentieth year with their eleventh album ‘Who We Touch‘. The album starts off misleadingly by hitting the listener with an avalanche of noise before emerging strongly with the main part of ‘Love is Ending‘ which is in fact a pleasantly soft track with vocals more reminiscent of The Beatles than any heavy metal band who might have enjoyed the songs opening roar. 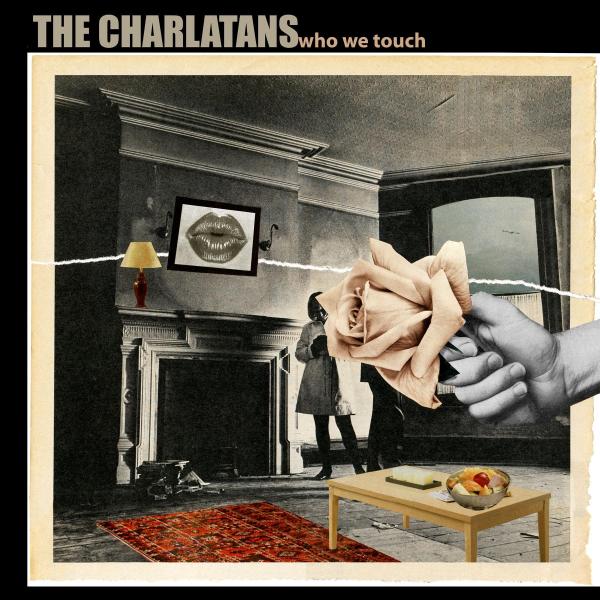 ‘Smash The System‘ starts off with a great acoustic intro that menacingly seems to warn of an oncoming storm. Unfortunately the song doesn’t quite keep up the level of menace but nevertheless keeps a spirit of defiance through its interesting lyrics – “I don’t belong here in your garden / I should be up there on your throne” and the noticeable element of resentment in Tim Burgess’ chants – “I know I should play your game / But I don’t deal with crooks, / smash the system”.

Meanwhile, ‘Your Pure Soul‘ is a sweet song which has what really sounds like a sincere sadness to it. This is infinitely enhanced by the poetic and beautiful lyrics. Of all the songs on the album, this one is the most touching track on record and forms a much better emotional heart for the album than the previous material.

‘You Can Swim‘ can be summed up as Brian Eno with vocals or an intelligible Sigur Ros. Luckily Burgess’ soft vocals are very much suited to the sort of ambient sound that the song has been inspired by. It is undeniably a nice ending to the album and it does fit in well with the more experimental sound on display on ‘Who We Touch‘ but we can’t help but feel that a soulful ending track works best when contrasting with a faster or harsher sounding album rather than after nine songs of guitar-influenced pop.

Despite displaying these old survivors aren’t stuck in the past with this album, The Charlatans obviously haven’t realised that now we are in the twenty-first century and thus have use of itunes meaning secret songs are no longer very secret at all. What ‘I Sing The Body Eclectic‘ lacks in the element of surprise though, it makes up on sheer delightful weirdness. It features anarcho-punk band Crass’ Penny Rimbaud preaching the gospel of lunacy.

As for the other songs, ‘My Foolish Pride‘ is an upbeat and lively song and is worth a listen. ‘Intimacy‘ meanwhile is a decent enough electronic influenced tune which, apart from ‘Smash The System’, has the most memorable chorus but that could be down to repetition as much as quality. Next up, ‘Oh!‘ sways along in the most unmemorable of fashions until the band decide to wake us with a turn to the surreal at the track’s conclusion.

As a band that is older than this scribe, The Charlatans constantly face the challenge of balancing the expectations of their old fans while also being able to captivate new listeners and ensuring they are still alive creatively and not repeating anything done before. Do they manage this? Mainly yes, this polished product won’t set the world on fire but it will please the old fans and create new ones. This record more than justifies the band’s venture into the rarely trodden ground of a third decade.