An alien scream, distorted and electronic, rattles amongst pounding engines and metal barrels crashing in an all-encompassing, all destructive din. This is ‘Masquerade’, the opening track of The Gifted’s debut album, ‘Fifty:Six:Point:Three’. Make no mistake, it’s a blistering introduction to the Sheffield-based electronica-metal outfit’s first offering, but the album’s opening tracks give way to a massive array of diverse, experimental rock. 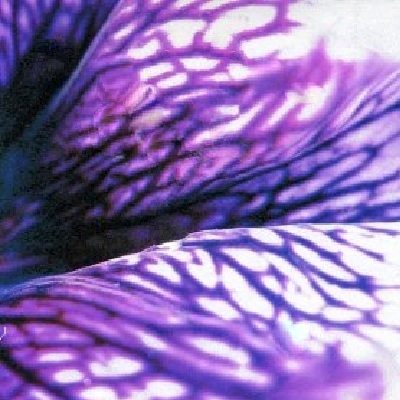 The album is a well balanced mixture of grinding, assaulting metal riffs and intense, isolated electronica, with some tracks that are scarce and minimal, and yet still create an intense dread in a style similar to Aphex twin and Autechre. At times their influences seem to seep through the fabric of their beings, with songs such as ‘Make It All Better’ mimicking to a point the aggressive memorable riffs and intense growling vocals of Korn. The Gifted’s influences are clear throughout the album, from the grinding industrial metal of Rammstein to the electro-infused riffs of the Nine Inch Nails. Their chief style is similar to that of the aforementioned Rammstein; ear-burstingly heavy riffs and monstrous drum machine sections combined with the eerie synth of Aphex Twin. It’s our opinion though, that this band could achieve much wider exposure if they employed a live drummer.

The band play with experimental electro in a way few others do: long harsh rasping synth cries out amongst the madness in ‘Come Down’, a sheer wall of sound which culminates in a thrashing crescendo at the songs climax. Alternatively, the band’s experimentation in electro drives many of their calmer songs, such as ‘Jesus’, which is a grim, frightening track that dances with a dark foreboding bass-line and a jagged electronic rasp.

At the helm of the band is Andrew Clarke, main producer, singer, songwriter, and instrumentalist, and his style as lead vocalist is defined and innovative, yet often underwhelming. This is not to say there is a lack of vocal skill: at times the vocals are passive, yet hauntingly beautiful, and accompany the aggression of the band with a whispered hush. Unfortunately, as a result the vocals are often overlooked. In many tracks from the album such as ‘Something Special’, the vocals are completely drowned out, perhaps due to the band’s distinct raw sound, and are sometimes less than memorable. However, when his voice can be heard above the ruckus in songs such as ‘Make It All Better’ and ‘What You Believe’, its clear that this is a band with a strong sense of identity: The vocals are crisp and harsh, and puncture through the chorus like a knife wound.

The high point of the album comes well after halfway through, as the band decide to end on a strong note and pitch out an array of diversity, from the hauntingly melodic ‘P.S.T’ to the poignant piano intermission ‘Is It Over Yet?’ The album’s central tracks are easily the strongest songs, each represent the band’s greatest strengths: the instantly memorable ‘What You Believe’, the heavy viciousness of ‘Make It All Better’ and the entrancing electro track ‘Jesus’. This album is a diverse move away from the heavy beaten path of conventional industrial metal and towards exciting, experimental sounds. Well worth a listen.