So, this is pure sex. It makes you want to rip all your clothes off and dance naked with a cowboy. Seriously. The Good The Bad are a three piece band consisting of Adam Olsson on lead guitar, Manoj Ramdas on baritone guitar and Johan Lei Gellet on drums. They hail from Copenhagen. Now, if from this you’re expecting ethereal, mournful, northern-European music, you’d be very, very, wrong. This, their second offering to the citizens of music, follows ‘From 001-017′ in the same vein: raw, sexy and intense. 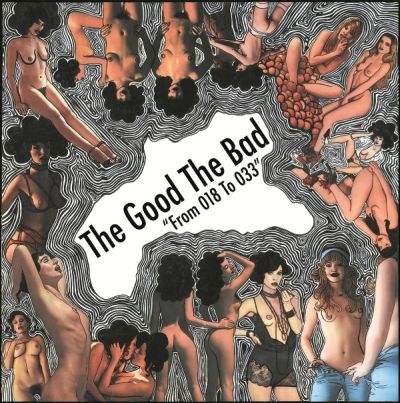 As in the first album, the spaghetti western theme is still strong in TGTB’s genre of ‘The New School Surf and Flamenco’ that they want to share with you. With throbbing drums and awesome riff-laden guitars, this album, like the first one, would not be out of place in a Tarantino film. The whole album is fast and dirty, and you’ll either love it or hate it. You’ll probably be shocked that you will actually want to dance naked with a cowboy. If that wasn’t already one of your fantasies, it will be now.

If you want a visual for this sound, try perusing www.agirlcalled030.com. The makers of this viral have captured the sound down to a tee. You have been warned. ‘From 018-033′ is aggressive, anthemic, powerful and convulsing with sexual energy. Without vocals, it does seem lacking however. Letting the music do the talking is all well and good, and it is, but TGTB just appear to have something missing. If you’re a fan of the first album, you’ll either be disappointed that there’s nothing really new here or love the fact that it’s the same.

For more information visit the official The Good The Bad MySpace.

The Good The Bad