‘Noctourniquet’ is the sixth album from progressive rockers The Mars Volta and is due for release on March 27. This album, is the band’s first new material since the release of ‘Octahedron’ in 2009 and it draws inspiration from the stories told in Greek myths and in comic books, specifically Superman villain Solomon Grundy and the Greek myth of Hyacinthus. The music was composed by Cederic Bixler-Zavala and Omar Rodriguez-Lopez, as was the case with the previous Mars Volta albums. However ‘Noctourniquet’ is also the first album not to include contributions from long-time keyboardist Isaiah Owens and guitarist John Frusciante. 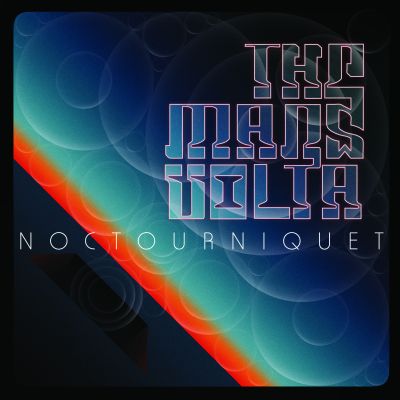 The album opens with ‘The Whip Hand’, a track which has very heavy synth throughout and introduces the listener to what the rest of the album has to offer in terms of electronic influences. Many of the songs across the album have a rather slower pace than we are used to hearing from Mars Volta, which produces a rather ominous, desolate feel throughout the album, possibly due to the subject matter which the songs were inspired by. ‘Aegis’ is a prime example of this effect, using Bixler’s high vocal pitch to create an atmosphere that sucks you into the subject matter of the song.

Rodriguez has stated that the act’s previous album, ‘Octahedron’, marked a turning point in the style of the band’s songwriting, as he wished to make it more of a democracy, rather than allowing himself to be the all-out dictator of the band. As you will see when you hear ‘Noctourniquet’, his decision to allow the other band members more input has resulted in us receiving something very different. Through songs such as ‘The Malkin Jewel’ we see the impact this decision has made upon the band, allowing them to experiment even further with their music.

‘Noctourniquet’ is another exciting record from a band who never fails to deliver, we strongly urge you to get out there and listen to it, whether you’ve previously listened to TMV or not. It’s different enough to capture fans that have previously not enjoyed the sounds, and familiar enough to excite long-time listeners.