This writer has never listened to a Therapy? album before. True story. Not out of any inherent dislike of them, they’re just one of those bands that I was aware of but had absolutely no desire or reason to listen to and just passed me by. With that said, 20 years and 13 albums into a career of highs and lows – from magazine poster boys to revolving line-ups – is this a good album to start with? I can only judge this album on its own merits and not the legacy the band has carved for itself over years of touring and releases. 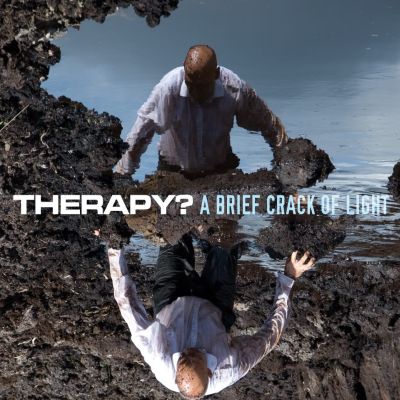 ‘A Brief Crack Of Light’ is a very hit and miss affair, some tracks that stood out to me were ‘Marlow’, an instrumental that begins with a guitar riff and slowly adds each instrument building to a bit of a crescendo, and ‘Living In The Shadow Of The Terrible Thing’, the lead single from the album that’s a heavy jam with some catchy riffs. I also really enjoyed the amazingly titled ‘Get Your Dead Hand Off My Shoulder’, a song which shows how diverse the album can be if nothing else and is very Killing Joke-esque in regards to fusing a range of influences.

So, am I inspired to delve into the back-catalogue of Therapy? after listening to this? No, not really. Nothing exactly blew me away or hooked me in at any point. If I was to hazard a guess, I’d say this album is one fans of the band will lap up and on the flipside will be met by casual indifference from anyone else who stumbles across it.