UberByte get SIC on their debut album which twists and turns through the many avenues of Industrial music. 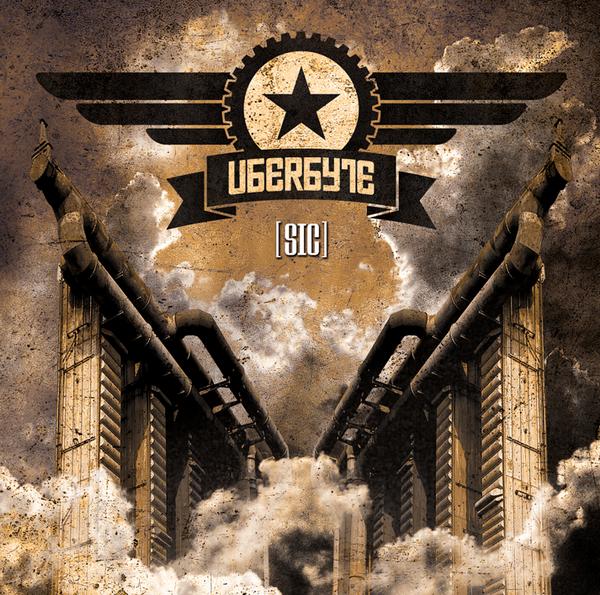 UberByte’s first outing is ‘SIC’ and it thumps its way into your subconscious right from the opening, live favourite Stand Up (for Uberbyte) is a personal anthem with UberMan’s raw vocals perfectly supporting the solid dance beats. Follow up Bring The Rain is an eclectic mix of styles showcasing the bands ability to transalate their powerful live performances well on record.

SSDM slows the pace down and showcases a more melodic side that many may not expect. Total War is a true stand alone track in terms of content and style. It is defiant, anthemic and proud. This belongs on club playlists spanning all genres of alternative.  Likewise, Lift Up Your Voice is a prominent dance track that should see the band destroy international arenas outside of their native countries England and Mexico, and build a strong fan base while they do it. We strongly advise that you turn Mother Earth up as loud as you can, this is an epic surge of electronica that will make you want to move wherever you are [we got up from the SPHERE couch and rocked out.] You Don’t Get It (We Don’t Care) sees the metallic backing beats take centre stage for this venom filled powerhouse, here the band readily display the influence of Combichrist upon their material. Going Down is up next and is the weakest track its repetitiveness fails to stand up against other noteable material. Fortunately, Broken Spears picks up the pace, haunting vocals intertwine with fractured beats and powerful synths to create another exciting dancefloor filler. 135335 is effortlessly catchy and attacks with fully armed techno fury, this is music that you are meant to move with and it’s the type of sound that will give you the confidence to stand alone. It will appeal to fans of rock, aggrotech and straight up industrial.

The sensitive Sertraline and the stomping final track I Am The Nation could not be more different as the disk comes to a close. However it ends on a fine note, cementing UberByte as one of the best new Industrial acts to come out of the UK and Europe. Make sure you catch them live to get the full experience. There are high hopes here for the future of this group.