We. Love. This. CD. It slipped into the player with a certain amount of curiosity (and the usual measure of “we hope this doesn’t suck” trepidation), as Wil’s other band Aiden is so musically different to render preconceptions pointless. Within two minutes we are awestruck. 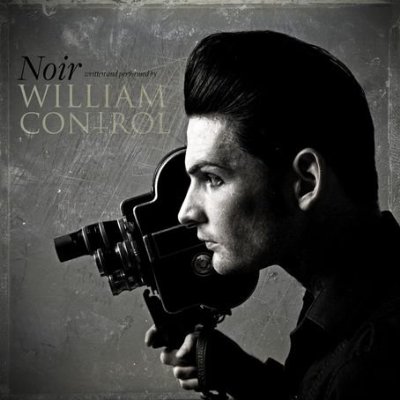 First though, a confession: We started flicking through cover-notes during the spoken-word intro, and put the kettle on. We probably shouldn’t have, but there are only a certain number of these that we can listen to. It’s dark, brooding and establishing the “character” of the album. And just when you think this is an old cliché, track two cuts straight in with a burst of beeping, tweeting and clashing that actually catches your heart in your chest. If were to pin an influence on it, it would be Aphex Twin; but don’t let that discourage you if you’re not a fan, because this album doesn’t sit still at all. Just as you feel like you’ve got a handle on where the album is going thematically, it twists like a rattlesnake in your hands, and gives you an unexpected jolt of musical venom.

There are so many interesting influences on this CD, yet it manages to be both utterly original and totally absorbing, compartmentalising influences into various tracks, instead of smearing them all over the place. ‘All Due Restraint’ and ‘I’m Only Human Sometimes’ are amazing tracks that remind us of listening to ‘Black Tie, White Noise’ for the first time. The Bowie influence is there, but with a slam-up-to-date twist.

We didn’t expect to hear a cover of an Elvis ballad on here, and certainly not sung ala Nick Cave: Music to carry a coffin to. And yet from here, we launch into a massively catchy EBM number, spiced with dark and narcotic-charged lyrics. And there’s the… rap… thing going on. Trust us though: It works. Assemblage 23 meets Eminem with a pocketful of pills and razorblades.

‘My Lady Dominate’ goes electro, with dark, clever lyrics; escalating into something quite magnificent and club-worthy. Then the acoustic guitar is back with us for the haunting ‘Soliloquy’. ‘Dorian Gray’ is sung from Dorian’s perspective, to a pulsing synthesiser rhythm. If we had to level a musical criticism on the album, there’s a weakness in the vocal range there, with strain on the higher notes, but it doesn’t really detract from the track much. Then comes the inevitable musical shift; this time towards old-school industrial “unch-unch-unch” courtesy of ‘Ultrasound’. It’s inherently one of the less distinctive tracks on the album, but still a worthy inclusion, and throws another genre into the mix.

The title track sneaks in near the album’s end: A fragile, piano-led requiem. This leads into the epilogue: The spoken words of a dying man and the sound of rainfall. Buried in the following minutes of silence is the bonus track: A blinding little industrial synth and drum machine frolic. If we were cynical, we’d say the silence was padding out what is otherwise a rather short CD, although we don’t feel at all robbed by the brevity.

Less than an hour ago we put the kettle on, and it sits there still; cooled and forgotten. Our idle curiosity rapidly evolved into a shocked reverie that kept us nailed to the spot. It’s just amazing to hear an album that takes so many turns, and feels so fresh. There’s likely to be a track or two on here that you might not like much, but it’s all part of a fantastic journey. In short, this album is pure, twisted, macabre genius.