Finally the six-year long respite is over! It has been six years since the last Zeromancer release, but finally the Norwegian industrial rockers are back with a new full-length album. Let me make it clear, the boys were not idle in those last six years. Alex, Norals and Kim had a successful reunion with their former colleagues from Seigmen, which yielded a double DVD and a live album. Moreover, in 2005 and 2007 Kim released two albums with his project Ljungblut. 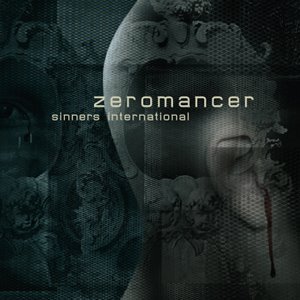 Fans on both sides of the Atlantic have got high hopes for the proponents of zero romance and there is no reason for disappointment whatsoever. The opener and title track shows that Zeromancer have forgot none of their strengths. A mid-tempo, melodic title song leads the listener into the album while questioning wide spread religious beliefs. The follower ‘Doppelganger I Love You’ brings vivid memories of ‘Clone Your Lover’ and ‘Eurotrash’. Alex’ vocals are just as chilled but emotional as years ago, especially in the more personal songs such as ‘My Little Tragedy‘ and ‘I’m Yours To Lose’. The album is full of energetic, ass-kicking numbers in the best Zeromancer tradition that ought to get a great response live. While listening to Sinners International it was hard not to ponder on the contemporary, urban, global, pre-occupied with technology western culture and the potential directions into which it could develop.
Whether you have had a chance to experience Zeromancer live in the previous years or not it is certainly worth listening to the band’s come back. Let’s just hope it will take less than six years to put the next album out.