CD Review: Earthtone9 – ‘For Cause & Consequence’

For those who might not be aware, ‘For Cause & Consequence’ is (at last) the return of the cult alt-metal band Earthtone9. After a free ‘Best Of’ download last year and a track from this EP last month, the wait is finally over. This is their first new release in almost ten years. 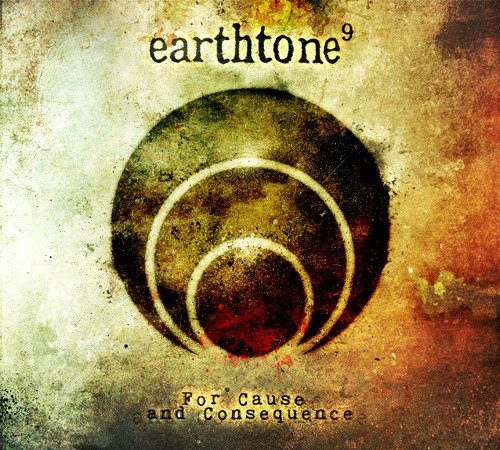 Understandably, when a band comes back from hiatus, there’s a period of uncertainty and fans often worry about the quality of the music post-reformation. Things are rarely as good as they were before the split and bands rarely ever seem to replicate what made them sound so great ten years earlier. Earthtone9 rise above the negative speculation and deliver the goods. On these four tracks, they are as heavy and melodic as they ever were.

Listening to ‘For Cause & Consequence’, it’s obvious how quietly influential Earthtone9 have been in their absence. The UK heavy music scene has been peppered with bands who have taken their cues from Earthtone9’s blending of melody and heavy riffs.

A track-by-track breakdown of this EP would be pointless. You should just expect four tracks that tread a thin line between metalcore and prog metal and something altogether more melodic. As well as the four tracks that make up ‘For Cause & Consequence’, Three of Earthtone9’s videos are included: ‘Tat Twam Asi’, ‘Evil Crawling I’ and ‘Tide Of Ambition’. All three are basically just performance videos in various “badass” places of urban decay. They don’t revolutionise the music video as art form, but they are worth checking out.

All in all, it’s a welcome comeback that transcends the usual stigma surrounding post-hiatus releases and leaves you craving a full-length album. It’s probably a good idea that we all cross our fingers and hope it doesn’t take another ten years.