While it is certainly a shame that Gary Numan and company were delayed tonight through being stuck over in Ireland, it is commendable that despite a lack of  lighting and fancy projectors (and without having soundchecked before the show) that the band came, played and rocked Leeds’ Academy to its very foundations. 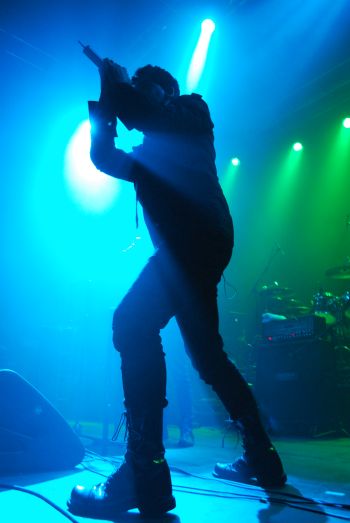 It is an intriguing set, split into two glorious parts, the first being an emotive look back at the decadent electronic work that astounded millions on 79’s ‘The Pleasure Principle’ album. The band start with a wonderfully arranged electro introduction before launching into a rousing rendition of ‘Conversation’ thus rewarding the eager crowd for their patience and support. This is followed by a noticeably touching rendition of ‘Complex’ dedicated to Numan’s ‘Pleasure Principle’ writing partner Paul Gardner and the 25th anniversary of his passing – the lyrics “I’m down to walking on air and you’re here by my side” ring true and made this track our standout for the show tonight. 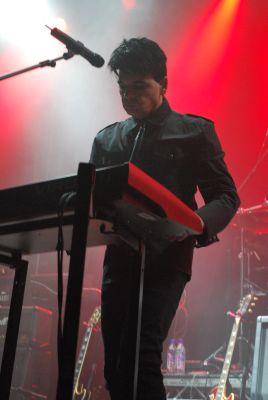 During the classics like ‘Me, I Disconnect From You’ it is intriguing to watch Numan – he seems to be aching to leave the small shelter he has found standing behind his keyboard. While ‘Cars’ is sufficiently “rocked-up” with its epic synth goodness and distinctive sing-a-long chorus, and ‘Metal’ thumps hard enough to inspire everyone to recall Numan’s original greatness in the late 70s. There is a sense that the artist has an underlying desire to break free from his past and look toward his bright future exploring new types of modern dark sounds. Following a moody break in pace constructed with harsh foreboding synth work and raging riffage, the band rev up and crash into a ferocious Industrial beast in the shape of new track ‘The Fall’ – it’s a passionate and perfect cross between bouncy Nine Inch Nails and classic moody Numan. Perhaps this is a taste of what we can expect from the collaboration between Gary and Trent Reznor soon. 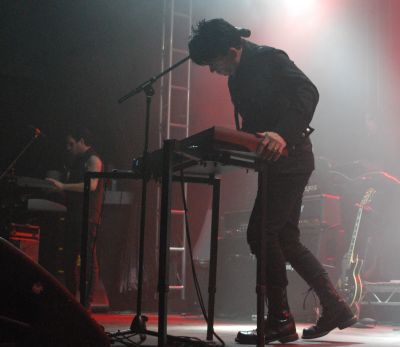 The follow-up material takes a similar line, with legendary tracks like ‘Are Friends Electric?’, ‘Down In The Park‘ and ‘We’re So Fragile’ being spliced in-between hard rock powerhouses the likes of ‘Pure’ and ‘Jagged’, the latter with its remarkably defiant and angst-ridden repetition smashing up against solid beats.

It is positive to see that Numan’s influence as a musician transcends generations and genres – there are metallers and electroheads here aged from 12 – 60-years-old and what’s even better (and somewhat surprising) is that the older fans are just as happy to headbang along to more recent work and chant their idol’s name when he is rocking out as they are to marvel at his earliest tracks. With this set the Godfather of Industrial reminds his audience (old and new) just how relevant and inspirational he is as a modern electronic and alternative musician.