Picture yourself in the darkest, dingiest, stick to the floor, sweat dripping from the ceiling type of rock club and you can imagine these guys stood pouting and propping up the bar. They may be a rather typical looking Italian industrial quintet but don’t hold that against them. What is Resando? They self-depict their name as that feeling of regret and sadness that comes after a pleasurable dream, almost likened to that reality kick at the end of a mind-blowing song – how very goth of them… 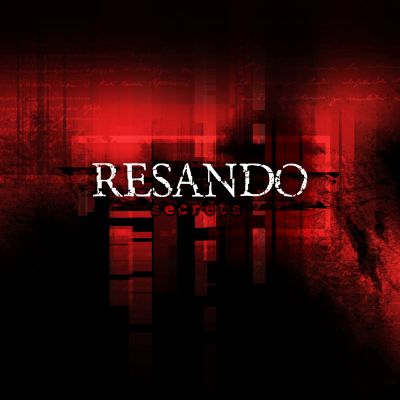 Having toured extensively in Italy and shared the stage with the likes of Placebo and Kraftwerk, Resando have established themselves in local surroundings and feel its now time to take on the world. October last year saw them do 10 dates over here resulting in half the band making the move to the big smoke, these guys are not prepared to take no for an answer in their UK takeover.

Currently on the hunt for a new drummer but that hasn’t stopped them from gearing up to a high-powered album launch this year. “Secrets’, their first full-length album is one full of promise – having heard a handful of tracks in the Soundsphere towers, this one feels eclectic yet refreshing, set to drag you in and steal your soul with its immersive yet melodic sound stylings. Whilst rocking the atypical Nine Inch Nails’ trademark they manage to set their own standard with a well gilded 80s electronic pop sound not far from being akin to that of Depeche Mode.

Daring to be different in a world where much of the same, is well, the same – these guys take something that’s almost traditional and add their own – stomping guitars, striking synths, creative electronic beats and an armoury of lustful lyrics. Check out their MySpace page and you too could be a part of the movement.

2011 is only the beginning. Could this be the point where hide in the dark shadows Industrial music becomes chart breaking? We think it could be.