CD Review: The Grace And Death Of Us – ‘Elevate’

Home » CD Review: The Grace And Death Of Us – ‘Elevate’

For any fan of pop punk and emo, the beginning of the millenium was a brilliant time in the music scene. Bands like Brand New and Jimmy Eat World contributed heart-wrenching innovative rock to a constantly changing genre, and new bands with massive talent were given the spotlight. Fast forward to present day however, and amongst a dire lack of creativity being noticed and an extreme over-saturation of forgetable, copy-and-paste bands playing disposable, mainstream garbage, not many bands stand up to comparison against such classic artists. However, The Grace And Death Of Us are not just any band. 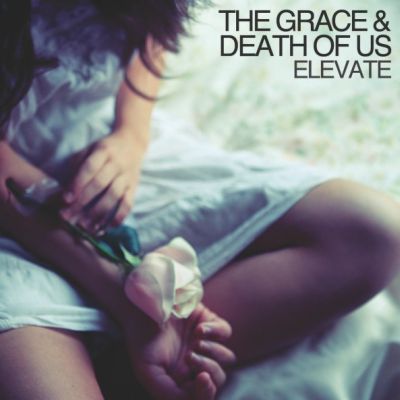 First of all, it’s fair to say that we are massive fans of The Grace And Death Of Us. The lead vocalist and incredibly talented pianist Christopher Roberts is a brilliant songwriter, whose brazen honest lyrics come second only to the beauty in which they are sang. The band, a four-piece from Southampton, are a striking force who have created something special with their new EP ‘Elevate’. The five-track album is a massive debut, a distinct sound and direction which is instantly memorable, well-produced and reminscent of a canon of excellent bands from the early 2000s. The band have a very distinct sound carried across by the album, due chiefly to the band recording with Romesh Dodangoda (producer for Funeral for A Friend and Kids In Glass Houses). The guitar is delicate and intelligent, and complimented perfectly by bassist Chris Jackson’s solid fret-work, both gently melodic and epically powerful in equal measure. The drumming is persistent and powerful, and massive contributing factor to the godlike build-ups in tracks like ‘Closer’.

The record is carried along gracefully by no one factor; the honest, heart-felt lyrics and incredible vocal impact, the intelligent and emotional pacing, and brilliantly crafted guitar work all compliment each other perfectly to create an instantly accessible album.

The five-track EP is fantastically put together, varied and direct; the band have an unmistakable intellect that seeps through every track on the album. The opening track, ‘Ball And Chain’, is love from the first siren-like wail of guitar shredding, and escalates from there into a pop-punk/emo anthem of an epic scale. And it just gets better. Seriously, give these guys a medal or something. ‘Closer’, the band’s first release, takes it back a pace for some melodic bass, tuneful piano and a massive heartfelt chorus, and ‘Careless’ is equally powerful and emotive. ‘Lifeline’ is an instant classic, which really needs to be heard to be fully understood, and the record’s final track ‘Settle’ showcases the band’s versatility, changing the pace and mood for a final, dedicated tour de force complete with heart-piercing lyrics and tenderly played piano. There are so many highlights, no one track stands out individually and as a result, ‘Elevate’ is unmissable.

This band deserve massive credit. Their defined style, raw and emotive, instantly stands out, complex, innovative and captivating. We forsee great things for this artistic foursome in the future, so check out their stuff right now! Seriously, that’s an order.

For more information visit the official The Grace And Death Of Us website.