Steve McQueen has had a successful career so far, helming the critically acclaimed films ‘Hunger’ and ‘Shame’ and having provided Michael Fassbender with a vehicle to guide him in to mainstream success with lead roles in both. This, however, was a different ball game. Touted as a potential masterpiece almost from pre-production, there was a lot of pressure on this film to deliver, and the hype escalated to such a degree that it was hard to believe it ever could, and suspicion arose that it was simply pandering to the Academy to get a sniff of a few golden trophies. Perhaps some people deserve more credit than that though, because that incredulous reaction to the hype train is completely unjustified. ’12 Years A Slave’ is a harrowing, intense, wonderfully performed epic of a tale that never lets up, making use of every frame and ensuring the best comes out of its star-studded cast. 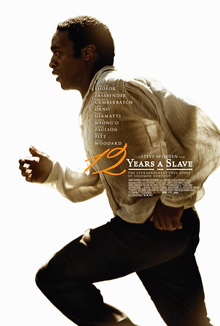 Particular praise must start with an electric performance from Chiwetel Ejiofor as free man and musician Solomon Northup, abducted and sold in to slavery under the pretence of being an escaped slave. Ejiofor’s performance is extremely powerful as he encompasses despair and resentment, resignation and hope all in one frenetic bubble, with McQueen making plenty of use of close-up shots and Ejiofor unafraid to have his expression cross-examined in such a way that ensures the audience genuinely feels for him. It’s a performance deserving of an Oscar, and he will definitely be hopeful having been nominated for the upcoming awards ceremony. Another hopeful is Lupita Nyong’o, whose uncompromisingly painful turn as slave girl Patsey is tragic and brutal in the extreme. As a screen debutant, she is definitely a remarkable find and most certainly one to look out for in future, maybe even with an Oscar to her name.

With a cast as impeccable as this, it’s possible to pick out many more actors, but another standout is the performance by the aforementioned Fassbender, who has worked with McQueen on all of his feature films. His character, Edwin Epps, is a repugnant, self-righteous slave owner who abuses and attacks his slaves on a regular basis and has a particularly twisted fascination with Patsey, who he lavishes with praise but also brutally punishes and rapes in equal measure. Fassbender’s psychotic performance is perfect, and the character’s unerring shifts from mild-mannered to unbelievably violent are terrifying even for the audience to watch, so he definitely strikes a resonant chord in an immense performance.

’12 Years A Slave’ is not an easy watch, managing to be as harrowing as it is beautifully shot by cinematographer Sean Bobbitt with the wonderful scenery in the deep south serving as a tranquil backdrop to horrible events. It’s a visceral film that never lets go and is perfectly willing to batter your emotions in to submission as you wonder at the barbarity of this tale adapted from Northup’s memoirs after his horrible ordeal. Definitely worthy of all the Oscar speculation and with no flaws of note, this is McQueen’s first true masterpiece. A genuinely stunning, shocking and baffling feat.

See what times the film is showing here