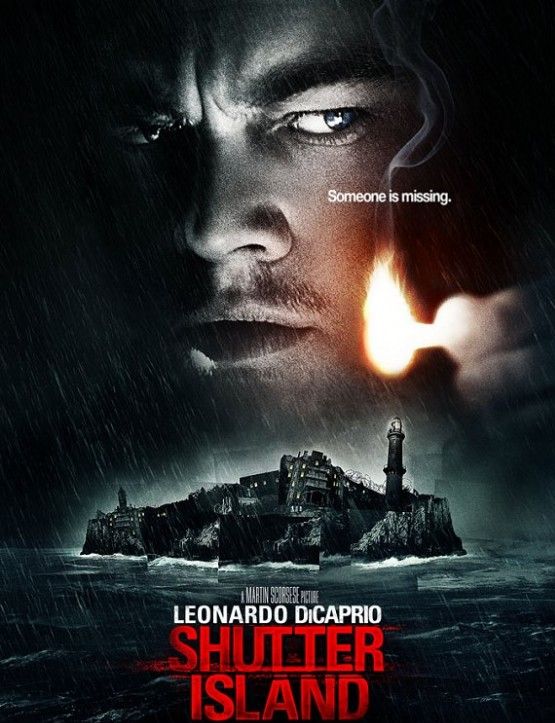 It’s the sort of film that could easily be spoiled for viewers if they find out too much about it beforehand – all you need to know is that it’s the 1950s, and CIA agent Teddy Daniels (DiCaprio) and relative rookie Chuck Aule (Mark Ruffalo) have been dispatched to Ben Kingsley’s titular Alcatraz-esque mental institution to look for a missing patient.

Right from the first scene, we were distracted by three things which we hope Scorsese can forego in his future films; Boston accents (we know this and ‘The Departed’ are Boston-set, but if his actors can’t do them consistently he shouldn’t bother using them); dodgy CGI (the first scene takes place on a boat – why couldn’t they film it on a real one?); and Leonardo DiCaprio. He’s been solid in all of their films, but underneath it all he’s always, well, Leo. From Irish rabble-rouser to Hollywood royalty to undercover cop in a gangster’s underworld, he’s always been committed but never quite convincing. Sure, he looks suitably rough here, and he can turn on the twitching intensity, but you can’t help but wonder what a less showy actor would bring to this story. Jackie Earle Haley crops up in another impressive variation on his madman schtick (fingers crossed his current form carries over into the dubious Nightmare On Elm Street remake), and Ruffalo and Kingsley both give nuanced, layered performances, but this is DiCaprio’s film, and he doesn’t quite gel with the material.

Scorsese works hard to build a sense of unease, echoing his bombastic ‘Cape Fear’ remake with the island’s wild storms and oppressive locations. His style also strives to emulate the prolonged fever-dream anxiety of a David Lynch film, but can’t seem to fully commit to that director’s fearless surrealism and ambiguity. He almost succeeds in the middle section of the movie, where reality slips for Teddy and the viewer is forced to question what the hell is going on. Powerful imagery abounds, the camera is allowed to float and drift, and it all goes a bit Twilight Zone, but it’s genuinely intriguing. Heads will be spinning trying to put all the pieces together. But it’s all wrapped up a little too neatly thereafter, with a series of hackneyed revelations which leave little to the imagination.

The film’s reliance on flashbacks and dream sequences actually helps overcome this stumbling block, though: the rest of the film delves so deeply into the characters’ past as to give it some real emotional heft and poignancy. The story ends on a provocatively ambiguous note that will make or break the film for most, and at the least provide viewers with something to discuss after the credits have rolled. We personally thought it redeemed the film from its fundamentally obvious, sub-Shyamalan twists, adding another tragic layer to proceedings. The film seems to beg for (at least) another viewing, but whether it warrants one will depend on your tolerance for having the rug pulled out from under you. Again, we think it does warrant further investigation, but will be waiting for the DVD for another chance to unravel its mysteries. It’s stylish – perhaps too stylish – and engrossing, but the mystery at its heart may underwhelm some of those curious enough to undertake such a heady trip.