It seems interminably difficult to make a movie based on a video game, and yet, filmmakers keep on trying; some with, and some without thought of their future in the business. As an audience member, it’s difficult to know exactly why it’s so hard to do well, especially when the story, characters, situations and endings are all pre-laid out. Here, in itself, could lie the problem especially when a game has such a devoted cult following. 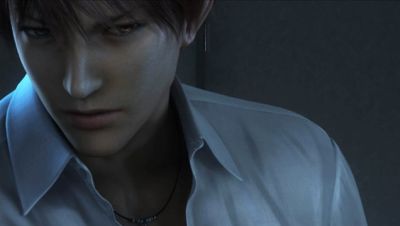 When one sticks too rigidly to a formula, the downfall is inevitable and if one changes the idea to fit the medium of film then the backlash can come down hard. So, if the best CGI movie to-date is (generally classed) 2010’s ‘Prince Of Persia: Sands Of Time’ or the 2006 adaptation of ‘Silent Hill’ and the nadir of game movies (and possibly film-making in general) being the 1995 Jean-Claude Van Damme vehicle, ‘Street Fighter’, then one would be pleased to hear that 2011’s ‘Tekken: Blood Vengeance’ would fall right atop the former as, actually, one of the most pleasing and enjoyable game-movie watches, especially in 3D.

Now, we believe the success of Tekken is due to its computer generated presentation, that in-itself provides an immediate suspension of disbelief. If Tekken had been made in live-action, we would undoubtedly be telling a completely different story (see Paul Anderson’s ‘Mortal Kombat’ from 1995). our second reason is that the CG animators are the same ones who worked on the intros for the video games and this fact changes everything; essentially it looks like the computer game from start to finish; characters move like they are supposed to move and when the action kicks off it is mind-blowing, it’s like you’re never taken out of the video game experience. This, we have discovered, is the key to creating a good game-to-movie-adaptation – keeping it unreal.

‘Tekken: Blood Vengeance’ is not entirely without flaws though. The movie meanders around two vacuous and emotionally flaccid characters (Ling Xiaoyu and Alisa Bosconovitch) scrambling over each other for the heart of the mysterious Kyoto high-schooler, Shin Kamiya, never once expanding on their personalities and then expecting the audience to believe that they can fight as hard as those we have played. The two female leads, who, for reasons unknown, the makers have decided to centre the story around, are mopey and immature (though, we guess this is intentional as they are supposed to be in school) although, before it sky-rockets into a full blown fantasy piece, they do learn about life and hope. This unfortunately brings us to the next and worst part; the script, the fundamental and most crucial part of any story, be it visual, written, audible or non, script should always be paramount, thus, Dai Satos’ screenplay is dread-ful. Par example: “Kidnapped?!” Exclaims Ling, “Ransom note?!” interjects Alisa. This really does wallow in melodrama, yet having said that, we realise that we’re attacking this from a Westernised view and if anime has taught us anything it is that movies like these are from, and are for a different culture and, honestly, one doesn’t go to see a movie called ‘Tekken: Blood Vengeance’ for the dialogue (although it beats Xavier Gens’ ‘Hitman’ movie hands down). This is the ultimate point of Tekken, regardless of its poorly executed and tenuous detective style storyline, all the viewer wants is fight scenes and we get them a lot, and in 3D!

And so, demons soar about the sky, cyborg girls shoot bombs from their garters, giant unholy beasts (including boxing-glove-donned-trees [Mokujin, to the unfamiliar]) breathe fire over the land and all the classic special moves we know and love from the computer games make it in, in some form or another, and to this end the movie is at its most satisfying; in fact the final 30 minutes are an unrelenting and awe-inspiring action spectacular that climaxes in an emotional crescendo that isn’t too badly realised. It’s just such a pity about the hour-long character and plot-driven pre-amble that is mostly unnecessary for the movie although essential to the Tekken 6 game (of which this is a prequel to).

In conclusion, we thoroughly enjoyed ‘Tekken: Blood Vengeance’, it’s a total no-brainer but, during some periods in life, one seriously needs a no-brainer and one that involves a lot of hyperbolic violence and this movie is exactly that.