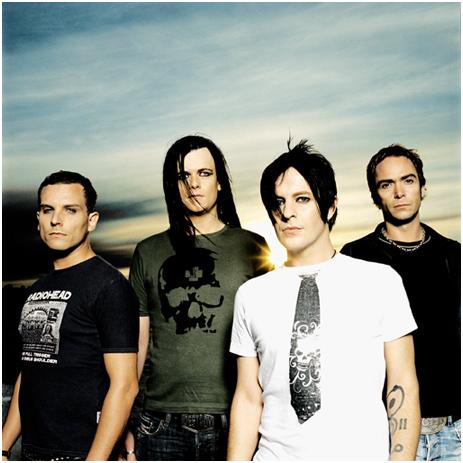 The night began with a full 45-minute set by Soho Dolls, a glamorous electro-pop group from London. Despite the encumbrances of being the first act of the night, Soho Dolls appeared to have a very comfortable stage presence as lead singer, Maya von Doll, was in fine amusing form prancing and stomping around on perilously high patent leather heels.

This surprisingly lively performance invoked crowd members, who weren’t necessarily familiar with their brand of catchy glam-trash pop, to sing along. Notwithstanding the auditory contrast with headliners Apoptygma Berzerk they had definitely whipped up a sort of infectious enthusiasm in the crowd which lingered like an electronic music parasite for the remainder of the evening.

The horde of complaints from critics claiming that Apoptygma Berzerk were alienating older fans following their guitar driven sound prominent in 2005’s You And Me Against The World have seemed to breed into a plethora of condemnation with their latest album, Rocket Science. However, this certainly wasn’t evident amongst the crowd at this gig. The rush of euphoria that followed from the audience as Apop kicked off with the opening track from Rocket Science, ‘Weight of The World’, showed that this new direction, while deviating from their EBM roots, pleases the majority of old and new fans alike.

Unfortunately, anyone looking for a classic rendition of Apop‘s tracks was in the wrong place; but those seeking a live show filled with energy, enthusiasm and interaction were certainly not disappointed. It was a very LIVE performance in every sense of the word.

Almost every song was delivered with practically ad-lib sounding vocal sections, often with a very different style to the recorded versions, and often tracks were equally ‘guitared up’. This is nothing new – Apop‘s live performances have always featured songs being delivered in a completely reworked way. This is what makes seeing them live a particular treat.

This reworking of the studio versions of the older EBM influenced tracks, such as ‘Deep Red’, and songs with a more euro-pop sound, such as ‘Starsign’ and ‘Eclipse’, gave the set some coherence and consistency as the band hopped between older and newer material. Aided by the intimate atmosphere created by the relatively small venue of Dingwalls, any worries about how the crowd would receive this performance were pushed aside as Apop went from crowd-bouncing hit to a mellow slower track and back again; the sheer fun was infectious.

It wasn’t all fun and games however, the glaring absence of latest single, ‘Apollo’, baffled many, and frontman, Stephan Groth, did seem somewhat tired at times.  Fortunately, he was aided by the buoyancy of the crowd and the sheer energy of the rest of the group. He was particularly helped by keyboardist, Geir Bratland, whose silly gurning reduced many crowd members to fits of giggles during what should have been a thoughtfully romantic cover of New Order‘s ‘Bizarre Love Triangle’.

The vocals did seem to get a bit lost at times amongst the barrage of guitars, live drums and soaring synths.

These are all minor quibbles though, the enthusiasm of the audience who were encouraged to sing along to every track more than compensated for this.

Apoptygma Berzerk understand the importance in involving the audience in live performances and used this to great effect. By the time the impressive double encore had finished, the crowd were still gasping for more, and echoes of the refrain from closing song, ‘Mourn’, could still be heard long after the music had finished. At least in this case, being left wanting even more from a gig was no bad thing.