For those unacquainted with the sonic stylings of these Hull progressive metal soundscapers, this was an opportunity to experience In:Audium at their modest best! After playing a heady mix of older tracks as well as a reprise of 2009’s ‘Astor Place’ EP the boys also aired some of their new material to the enthusiastic crowd. 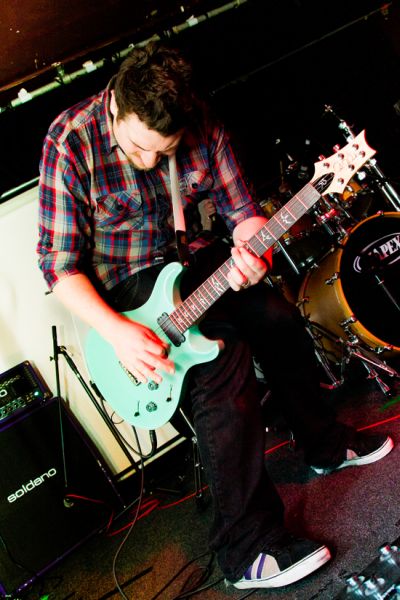 As anyone who has heard In:Audium previously will tell you, the collective are becoming masters of creating sprawling sound-scapes, emotive sweeping intros and stomping metal riffs akin to such genre spanning heavyweights as A Perfect Circle, Incubus and Porcupine Tree.

Rich Nichols provides a unique blend of melancholy yet powerful vocals which compliment the soaring and intricate melodic accents and contrast the grinding riffs perfectly whilst Steve Berrieman’s strolling bass-lines run with the off-kilter beats supplied by Ben Booth. As a live show it works brilliantly as the audience is immersed in a wall of sound with such subtleties carried on a surge of metallic distortion, combined to create an incredible atmosphere that reverberates throughout the set.

With a venue such as Lamp, as intimate as it is, the effect of hearing such material can only be described as inspirational; to find this level of potency in an experimental act is rare, it’s a guerrilla assault on the senses and I genuinely believe this sound could induce a state of synaesthesia!

In support were Sheffield hardcore outfit Mae’s Lost Empire who delivered a fantastic performance warming up the revellers with fellow Hull metallers Beneath The Eyes of Eternity bringing us a dose of hardcore shredding and powerful vocal delivery. Opening the evening were Black Moon Rising, also hailing from Sheffield, to give us a taste of esoteric inspired heavy metal.

All-in-all an impressive display of musicianship inside a superbly styled venue, the night was an intimate success; We should all look forward to seeing a lot more of tonight’s headline act!

Check out In:Audium if you’re a fan of such genre-smashing giants as Deftones, Tool, 10 Years and 36 Crazyfists. 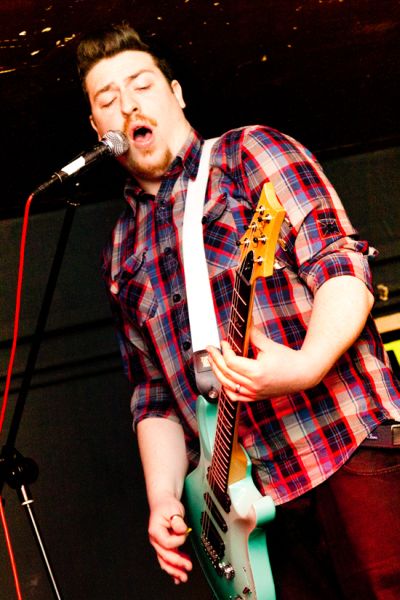