When an evening starts with a man in a dress and SPHERE is around, we know it’s going to be a fun night and indeed it is as the stage is set for  the Manchester stint of Acey Slade’s BurlAce Beauty And Leg Show Review tour. 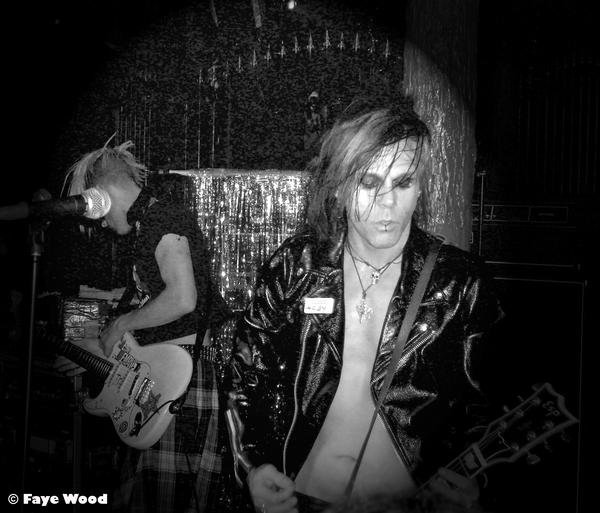 After Manchester’s own Obsessive Compulsive are introduced by the cross-dressing compare Kurt Dirt we are instantly engulfed in a dome of grunge-punk-metal awesomeness and the home crowd lap it up. Classic guitars smash up against blast beat drums. Kelii’s hypnotic vocals remind of Skunk Anansie’s Skin in her prime, not at all typical but very proud and impossible to misinterpret. A highlight of their set is the defiant and furious ‘Dying Dying Dead’ which gets everyone moving and ready for a strong finish with the band’s defining tune ‘Ennui’. OC have had to work hard, and they will have to continue to do so, but it will be a crime if they don’t get some more attention this year. 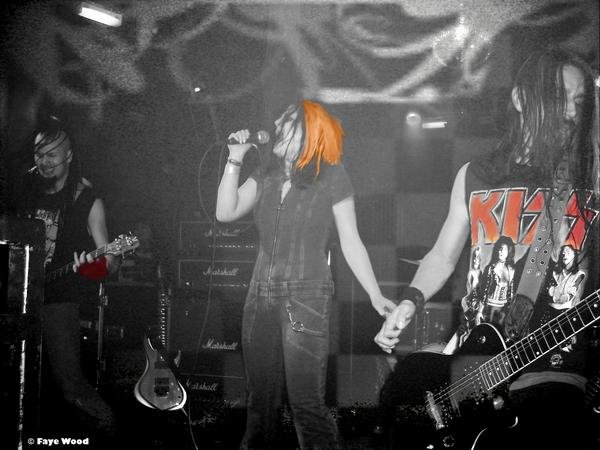 Nottingham’s Patchwork Grace are a similar story and we absolutely believe that this group are one of the best live alternative acts in the North. Each member of the band believes in what they are doing, they have a unique confidence and a definite swagger that has taken them up from out of Nottingham’s underground and into the heart of our nation’s punk scene. Musically it’s like Karen-O fronting Hole and like these influences this lot don’t have any trouble creating a buzz for themselves, between quirky-indie guitars, steady rock drumming and the strangely attractive wail of frontwoman Tori Trash on their set’s best track ‘Doctor’s Note’ PWG make everyone in attendance sit up and take notice tonight. 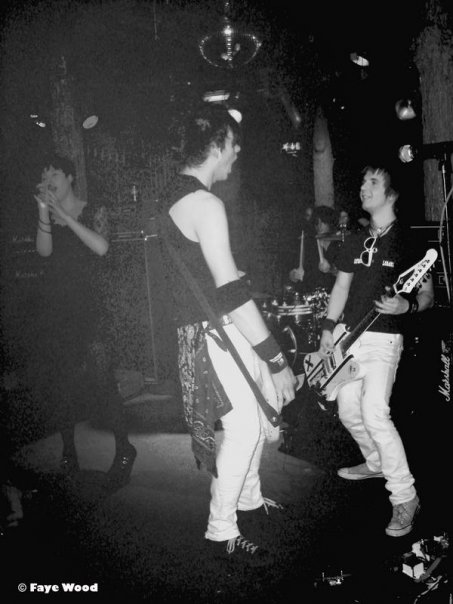 After all that boring stuff, it’s time for the burlesque and by gum there are some beautiful people performing for us tonight. The luscious Fanny Divine is one such example and she’s certainly the only girl we have ever seen make The Cramp’s ‘Human Fly’ look so darn sexy. The other girls are equally as enthralling, and unfortunately our scribbling stops for a while because we can’t stop staring at Glorian Grey, Adelina La Shay and Ginger La Rouge as they perform to the cheering crowd. Before you make any dodgy comments below about where our hands are if not at the notepad… ‘we don’t do that sort of thing.’ 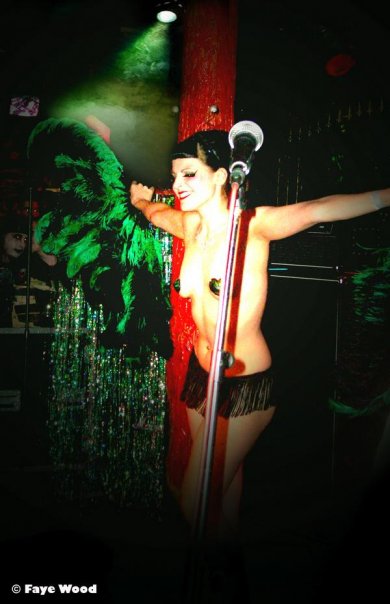 After regaining our composure we are treated to an equally seductive dose of glam-rock goodness from the former Murderdoll and Trashlight Vision-man Acey Slade. Anyone who has heard the new material might be divided in their opinions. We have heard some say that it’s just soulless electro-pop but most have assured us that Acey is back at his sleazy-best. Here at Satan’s Hollow, the band’s passion cannot be questioned and Slade proves that he’s still the great showman we have always enjoyed watching as he spins around loving every second of his time in Manchester.

On the new material including the anthemic ‘Reptile House’ the electronics that are splattered all over the new album are pretty much non-existent when performed live. These synthetic elements are dropped in favour of blistering guitars, raw vocals and a proper punk aesthetic. Following a mammoth cover of The Cult’s ‘She Sells Sanctuary’, the dirtiest player in the game follows up with his version of Billy Idol (and The Murderdolls’) ‘White Wedding’. Here Slade demonstrates to those in attendance that he is more than capable of rocking out with his own band. While Acey’s crew may never reach the dizzying heights of his old band, tonight’s performance will more than suffice as a very decent substitute. 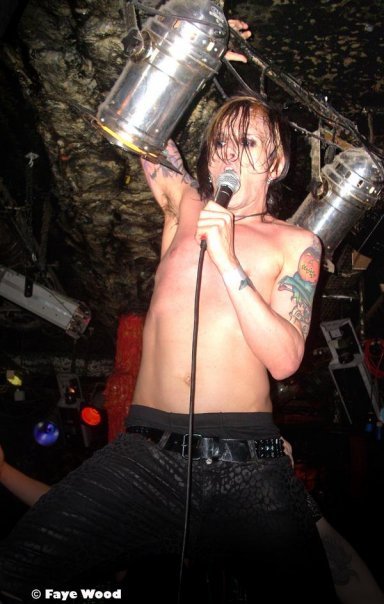 For more information visit the Acey Slade’s Myspace and website. Check out our interview here.