Before the chaos ensues for Aiden, tonight’s opening act Idiom make all the right moves this evening, firing off on all cylinders with some powerful sounds that are somewhere between Dillinger Escape Plan, Incubus and Hell Is For Heroes. The future of British rock music is here ladies and germs. In contrast, despite the hype that surrounds them, tonight’s main support act Tonight Is Goodbye are less than impressive and their watered down indie-punk fusion only serves to cool the crowd off after a scorching set from the previous act. 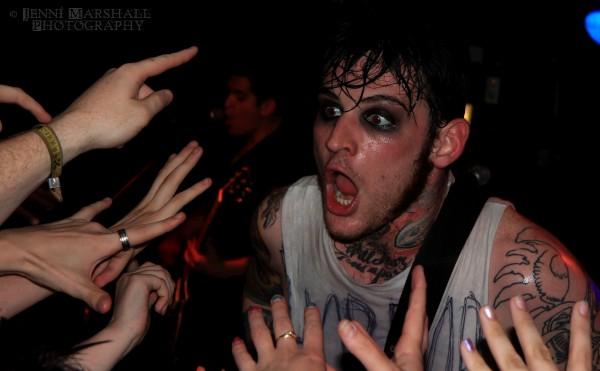 We haven’t heard a lot from the headliners Aiden recently but they are made to feel very welcome in York tonight. In fact, they nearly blow the roof off of Fibbers. The heavier material like ‘Scavengers Of The Damned’ sits nicely with the furious punk of ‘We Sleep Forever’ and their anthem ‘The Last Sunrise’ for some real highlights of the explosive set. The enigmatic frontman William Control bounds around the tiny stage relishing the fact that he can be so close to his fans. Whatever you want to say about Aiden, they are the kind of band that you cannot discredit live. They give 110 per cent whether they are playing an arena or a Barfly gig, and that kind of commitment and drive (alongside their back-catalogue of undeniably catchy “death-pop”) has certainly helped the four-piece reach skyscraping heights on an international scale. The group relish this intimate setting, and so do the fans who claw frantically at the barrier while chanting every word to tracks like ‘One Love’. 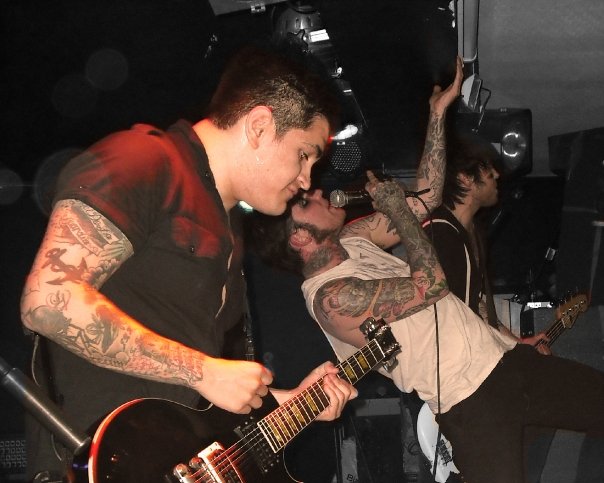 Yes, Aiden do take the whole “Goth” cliché a little far lyrically. There’s no question that this stuff is depressing, but the tone and pace of the music more than lifts the mood as everyone in the crowd jumps up and forms one sweaty mass for the song ‘Teenage Queen’ meaning that once they come back down following their three-minutes of angst-ridden euphoria, and after a few more blistering tunes they go home very happy, as happy as an Aiden fan can be. 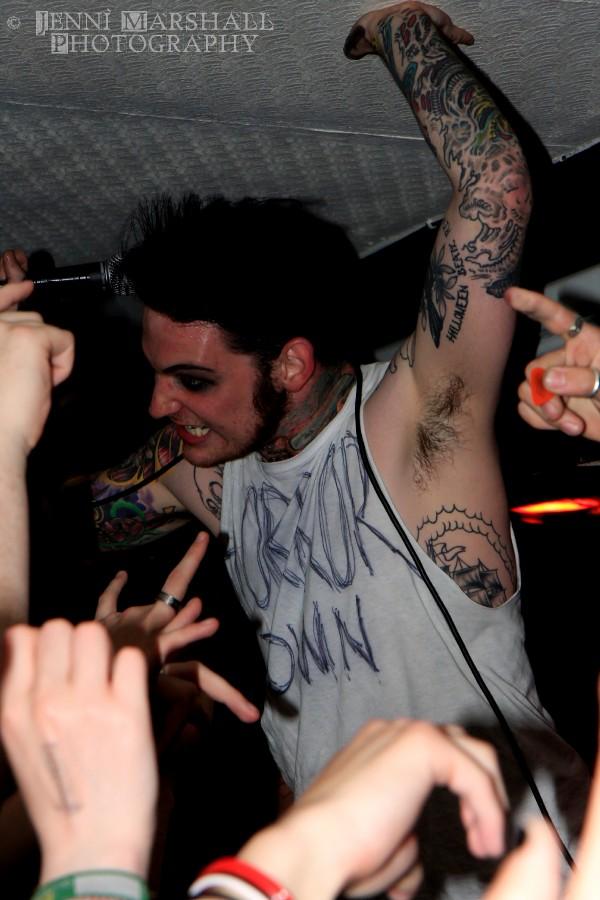 *Thanks to Joff Hall for setting this up.