Following their signing to Alcopop! Records earlier this year, Brighton fuzz pop quartet Beach Riot are back with news of latest single ‘Wrong Impression’ which is out now on all good DSPs. 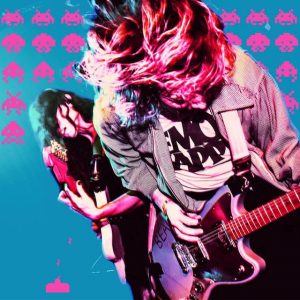 The single is released alongside a specially designed retro-tastic Instagram filter arcade game, with the aim being to use face movement to fly a spaceship through a minefield of waving cats (obviously), whilst an instrumental of the song’s thunderous intro plays in the background.

To play along, search “CATNIP 3000” on Instagram filters and share your high scores with the band—the victorious record-breaker will be rewarded with a special prize to be announced soon.

Commenting on the new track, the band say: “Imagine that you had the chance to go back in time to tell your younger self that you turned out alright. You’d do it, right? You’d give your old self some much needed advice and encouragement, and then be on your way? As we can’t go back in time, maybe take a moment. Next time you catch yourself in a reflection let yourself know it’s gonna be OK now. Love yourself <3”

Earlier this year the band’s UK tour with labelmates Gaffa Tape Sandy was sadly cut short due to coronavirus, but during lockdown the band have been keeping busy taking part in DORK Magazine’s Homeschool Festival, playing an Instagram Live gig for venue chain Jimmy’s, releasing an acoustic set filmed back in February for Pinkn.oise, and recording an exclusive cover of ‘Do You Believe’ by The Cardigans for George Godfrey’s (Radio X, Alt Disco) #LifeMentalHealth campaign.