Tricky Reveals ‘Thinking Of’, The Second Single From His Forthcoming Album

‘Thinking Of’ is the captivating opening song on Fall To Pieces. As with debut single ‘Fall Please’, it demands repeat listens, drawing you in further with the unique signature that could still only ever be attributable to Tricky. The track features Marta Złakowska on vocals – the singer he discovered during a Polish tour when he was left without a vocalist on the opening night: the local promoter suggested a girl who worked in a nearby bar, and when she arrived she had already learned the chorus to Tricky’s song ‘When We Die’. 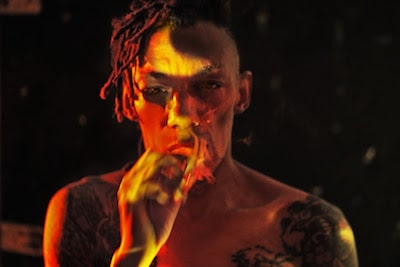 It sounds fortuitous – much like when Tricky encountered his original female vocalist Martina Topley-Bird by chance when she sang outside his front door. But of course he has an intuition too. “Yeah, I can tell when someone is humble and down to earth. Marta doesn’t care about being famous, she just wants to sing.”

Being based in Krakow – a couple of hours from Berlin – meant that they were able to work together relatively easily. “It was meant to be,” he says of their working relationship. “The shows were so good straight away. What I liked about her was that she would never hide her feelings from the crowd. She ended up touring with me for almost two years, gave up so much time travelling the world while her boyfriend was in Krakow. And then she ended up being an incredible singer in the studio too. I lucked out.”