In our next artist spotlight, we chat to the mighty K.Flay about inspiration for creation and more. 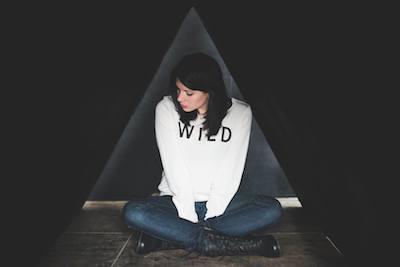 S] How are you? What are you doing today?

K.F] “I am currently in a Walmart parking lot in Richfield , Utah. I just bought some granola, so I’m feeling pretty good. We start tour tomorrow in Denver, which I’m really excited about. For me, being on the road is the best part of this weird life.”

S] What drives you outside of music – think movies, culture or people and places?

S] How do you feel about ‘Life As A Dog’ now that it’s out there?

K.F] “It feels great. The record was such a long time coming — I had to wait in limbo on a major label for a few years, then leave, then form my own label and release the album independently — so, it’s sort of just nice that it exists.”

S] Are you planning some UK dates at all?

K.F] “Nothing is set yet, but I’m dying to get overseas. I actually spent a good amount of time in London recording my ‘Eyes Shut’ EP and I love it over there. London was the reason I stopped drinking tequila for a year.”

S] What experiences directly inspired ‘Thicker Than Dust’ – like where were you when you wrote it and what were you thinking?

K.F] “I wrote thicker than dust half in Brooklyn, half in LA. which I think is appropriate given the content of the song. Lately, I’ve felt rather disconnected from places but incredibly connected to people. I guess I was thinking about the family I’ve formed these past few years, and the fact that I haven’t had an apartment in like 15 months.”

K.F] “We’re on a US tour through November. Then hopefully, more touring and more writing.”

S] How are you changed and developed since you started out as a musician?

K.F] “How much time do you have? I’ve changed a lot. Psychologically, I think I’ve become more comfortable with nuance, with unpredictable situations that play out in ways I never could have imagined. When I was younger, I was certain I knew how things worked. Then, realising that I have essentially no idea how things work has liberated me from a creative standpoint. And I think my music has become a lot more honest.”

S] How do you feel about the great level of success you’ve had?

K.F] “I’m not sure it’s great, but thank you. I just feel so lucky to be able to do this every day. Sometimes I’m not sure exactly how I arrived at this moment, but I’m very happy I did.”

S] What does the terms success mean to you, at this point in your career?

K.F] “Success means that I captured what I set out to capture. It can be hard to do that when you’re writing, to translate something visceral into something deliberate.”

S] If you could come up with a Frankenstein’s monster for the K.Flay sound, for example: the head of PJ Harvey, the arms of Metric and legs of Lauryn Hill what would it be made of, and why?

K.F] “I actually think your Frankenstein’s monster is pretty accurate. You know me better than I know myself.”