In our next artist spotlight, we chat to Louise Distras, about her music and inspirations. 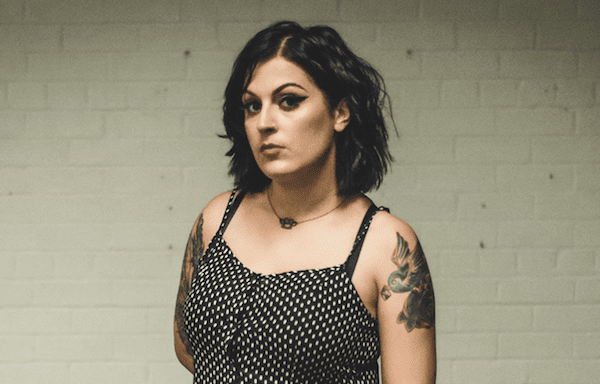 How do you feel about the Yorkshire punk scene?

Well I love punk rock and it will always hold a special place in my heart. The punk world has been very kind to me and it’s a great community that feels like one big family rather than a scene. So this makes me a bit embarrassed to say that I don’t really know too much about the Yorkshire punk scene because I don’t really spend much time there anymore, ha!  But one thing I do know is that at the moment there’s a great Leeds based DIY record label called Clue Records, who are working with a lot of amazing bands who are breaking a lot of boundaries and creating lots of positive energy so be sure to check them out!

Who are the bands that you looked up to, on the scene when you first started?

I’ve always been an outsider, so I get a lot of inspiration from people who just do their own thing.  My producer Steve Whale, and bands like New Model Army, Jake Bugg and The Cribs are all people who I think set a good example for other artists to follow.

What keeps you passionate, outside of music – think people, places and or movies for example?

When I’m not working on my music, I really enjoy working on other creative projects  such as the film I’m releasing alongside my new single ‘Aileen’ on 30 September.  It’s called ‘Real Outlaw – A Commentary on Rape Culture and the Riot Grrrl Movement’ and explores the lyrical content behind the new single, aswell as how as we can change the world through art. The film is available for free via scanning the QR code on the back of the CD single and tour posters across the UK and EU.

What are you most looking forward to achieving at the end of this year?

I’m excited to release the new single and hit the road with my band to play my new songs across the UK and EU. Following the tour, the plan (all being well) is to go into the studio to record the second album.

How do you look back on Dreams From The Factory Floor now?

I love my first record. I’m very proud of the songs and the fact so many people connected with them so deeply in such a positive way. I wouldn’t change a thing! But I did always maintain that I would never repeat myself and make another ‘Dreams…’ so I’d like to think that the second record will be a representation of personal and artistic growth.

Aileen is quite a personal track, obviously – how challenging/rewarding was it to complete that tune?

One night after a show I watched the Nick Broomfield documentary ‘Selling of a Serial Killer’, which explores the life story and trial of a woman named Aileen Wuornos who was dubbed ‘America’s first female serial killer’. Like Aileen I used to be homeless and have experienced sexual assault, so her story just affected me in a really personal way. The song was actually written two years ago but every aspect of it’s creation and release of it has been pretty challenging. First and foremost because it’s opened a lot of wounds, but secondly because I’m not alone in my experiences and the issue of rape culture is something that needs to be addressed time and time again until something changes. I think that change starts with breaking the silence. So if I can empower others to speak out by sharing my own story, then that will be the biggest reward.

As someone who makes good art.