Everyone who knows us, knows where we started, with industrial music and covering awesome bands like Cyanotic. We’ve always had a tonne of respect for artists that can blur electronic music with rock and metal, or just make kick-ass noises using a range of gear, and Sean Payne (of Cyanotic) is one such artist, and his label, Glitch Mode is at the forefront of some great modern alternative electro sounds on a global scale. We thought it was time for a catch up… 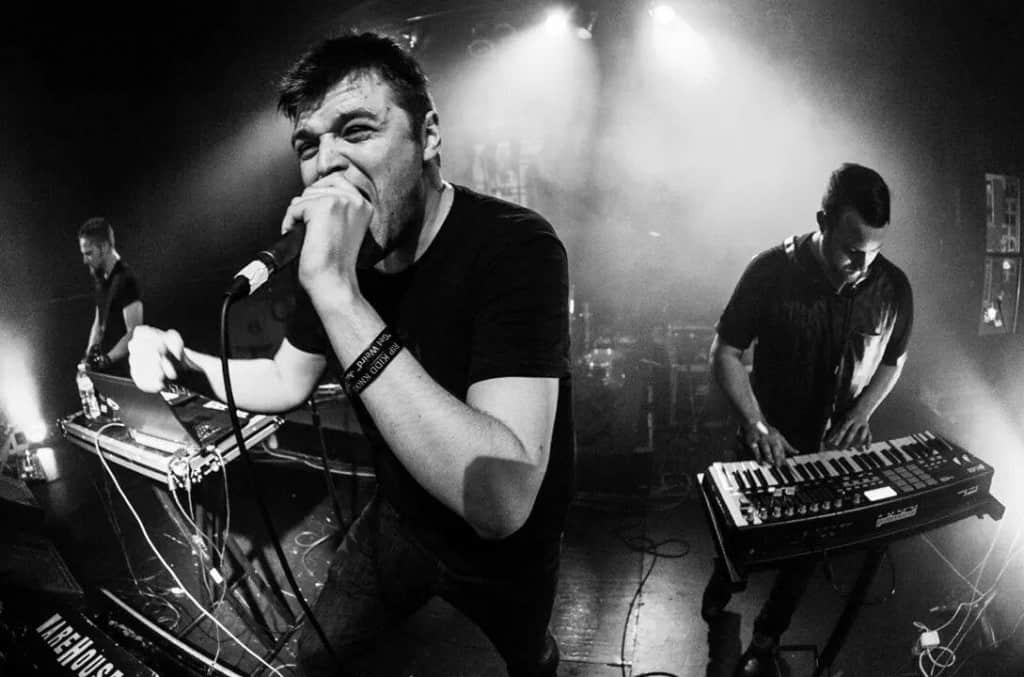 Sean] “I woke up a couple hours ago, had my daily ritual intake of coffee and herd, walked over to my studio room across the hall and put up the new Rabbit Junk EP on the Glitch Mode page [www.glitchmode.com], all without so much as getting out of my robot pajama pants. now I’m now getting ready to finish a couple Cyanotic remixes for various peoples and then gonna be doing some mixing work for Venus in Aries out of NYC.”

S] What’s inspiring you outside of music these days – people, places and things?

Sean] “Good movies has been a constant inspiration since I was a kid. watching great movies from my childhood always helps to get me in high spirits in general. I can always put on ‘Big Trouble In Little China’ or ‘Commando’ and feel an almost immediate spike of energy and youthful enthusiasm in my brain.

Movies are a constant, and certain books, usually autobiographical and more often than not usually about comedians or comedy writers. those are my big heroes outside of music. The struggling comedy writer who wrote my favorite episodes of The Simpsons or was a staff writer during a particularly good era of Saturday Night Live. I respect comedians way more than musicians, because they’ve just got their words and ideas to bring out onto a stage or into a writing room/studio enviroment. they don’t have all the loud noises and visual bombast that most great live musicians bring.”

S] How’s everything at Glitch Mode?

Sean] “Since last summer, it’s been a steadily inclining wave of positivity on all fronts. overall it has been a really solid 18 months and our best overall in terms of sales, downloads, general interwebs chattering. We’re currently preparing some more new artists to debut releases, like Relic, which is like industrial trip-hop soundtrack groove type jams by Cyanotic’s live keyboardist Jordan Davis, and Audioflesh, which is a project with myself and Sam Capozziello that covers a lot of different styles of heavy dance music.

In addition to all that stuff, we’re also starting to figure out live show plans for Cyanotic/Rabbit Junk, from one-off shows to some heavier touring later in the year, including some potential plans for returning to the UK for a proper mini-tour.”

Sean] “My current favourites are the most recent collab with Marc Heal from Cubanate and Raymond Watts from Pig that came out via Armalyte Industries over there. That and Randolph&Mortimer, who had one of the coolest debut EPs I have heard in years, really awesome throwback industrial synth thrash. those guys do some killer remixes too. I was happy to have ’em throw down on the most recent Cyanotic release too!”

S] Since we last spoke you’ve been over to the UK and played – how do you look back on that experience now?

Sean] “Those few shows were high on the list of best times we’ve ever had in over a decade of doing this. The crowds were so warm and responsive, so many faces of fans we’ve talked to over the years were in those audiences, the whole experience really was a life-affirming journey. We spent so long doing all this stuff in the trenches, and to finally get to go overseas to play some festivals was really validating.

Since our very first release, we’ve always sold at least 1/3 of all things Glitch Mode to the UK fans and we really understood why after those shows. There are some rabidly loyal angry robot music fans over there, the kind of extremists who know every break and stutter and all our shout-y lyrics about Robocop and panic attacks in the near future, and Robocop.”

S] How do you feel about the reception and continued support that you get for Glitch Mode artists like Rabbit Junk and Robohop?

Sean] “Rabbit Junk and all of JP’s musical ventures have been some of my favorites since his days fronting The Shizit in the late 90s. I’m really happy to see our listeners supporting all the Glitch Mode collective. It shows me there’s a way to infuse a sense of community with all these different acts on the label, and that our fans can always come to Glitch Mode and expect to find something that will at best make their day much better and at worst be at least semi-listenable.”

S] Angry Robot Music was a killer compilation – will there be more?

Sean] “Definitely. We’re currently putting together our next compilation for the end of the year and looking at doing compilations at least twice a year to showcase the best and brigthest.”

S] Talk to us about the development of Cyanotic’s ‘Worst Case Scenario’ series, and how those tracks developed over time?

Sean] “‘Worst Case Scenario’ was an ongoing production for a couple years that began around the time we got our studio space and just before the untimely suicide of our musical mentor/co-producer Jamie Duffy (of Acumen Nation/Acucrack). It was a real struggle working through a lot of those tracks after his passing, knowing that we had to properly honour the guy who was instrumental in helping shape our sound.

The album title came from an in-joke between the band, since we would use the phrase ‘worst case scenario’ so many times during the course of a tour or mixing/recording session, but it all took an even darker tone in the wake of Jamie’s passing. The initial intention was to create the most overly dystopic Cya-tracks, and as production went on over the period of several other Glitch Mode releases, the songs got even darker and more morose throughout the evolution.

We just put out the second volume featuring remixes from some of my personal favourite artists working in the dark electronic music realm, like Xavier from 3teeth, Randolph & Mortimer, Black Asteroid, Mangadrive and some additional tracks we didn’t finish in time for the release of the first volume.”

S] How has your mission statement with Cyanotic changed over the years?

Sean] “We set out to make beat-driven electronic/industrial music with metal influences, giving the focus to the programming and electronic aspects. Over the course of all the albums, we’ve stayed pretty true to our initial intention, so our initial intentions remain our same intentions to this day. We’re learning how to hone our sounds so that we can increase momentum so there’s less lag between releases, aiming for a more constant output rather than an album every couple years.”

S] Similarly, how have you yourself changed and developed through the music that you make as Cyanotic?

Sean] “We’ve had a lot of different people to collaborate with over the years, and that’s taught me the value of honesty and camaraderie and also tolerance, since I’ve seen a lot of things and been a lot of places I wouldn’t necessarily want to be, especially on tours where we’re basically just wandering gypsies going from town to town and there’s no real sense of order to life.”

S] How do you feel about the industrial music scene on a global scale right now?

Sean] “I’m noticing a nice shift of power, where all the bad terror EBM and futurepop that was dominating the industrial scene since the early 2000s has finally began to fall by the wayside and open some room for a whole new army of cool artists with interesting ideas and a sense of nostalgia for the classic Wax Trax Records sound. Bands like 3teeth, Author&Punisher, Youth Code, High Functioning Flesh, Human Traffic, Randolph&Mortimer and Aaimon are coming out and finally making us feel like we’ve got some real peers.”

S] What are your aims and goals personally, professionally and musically for the rest of the year?

Sean] “The year’s nearing a close, but there’s still a lot on the production plate before 2016, which will include releasing a new compilation, an EP by Venus in Aries, an EP by Audioflesh, finish demos for new Cyanotic and debut some really nifty visuals we’ve been working on forever. and personally, I’m looking forward to embracing the fun chaos of it all.”