Aside from being one of the founding members of alt-music icons Eels, Tommy Walter is responsible for his own rock project, Abandoned Pools. His band achieved success internationally in the early noughties with breakthrough record ‘Humanistic’. Its diverse amalgamation of indie, rock and electronic sounds appealed to many across the vast genre spectrum. Since then though at least in the UK, exposure has been minimal. We wanted to track down Tommy to find out what’s been happening with the band over the last years, and plans for any future releases. 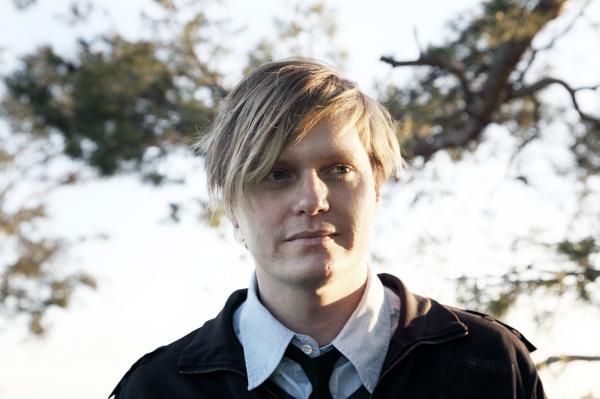 “I am now free to make music for the right reasons”

S] Tommy, where have you been over the last few years and what’s going on with Abandoned Pools?

TW] I’m working on the new Abandoned Pools material now. New songs should be out soon. Otherwise, I’ve just been developing various projects here and there. Some TV and film stuff and side-projects. I took a little time off from music in general – fixed computers for Apple for a while. It was necessary to take a break and get my head on straight. Abandoned Pools is where my heart is so it’s good to be back at it.

S] What are your main goals with the project as we head into 2011?

TW] To get as much music out there as possible. I’ve been working on new material on and off over the years and I’ve got some new songs in the works now too. Once we get the initial few songs out there, I want to consistently release music.

S] Is there a new song that you are currently working on that you feel best defines your mind-set and approach to music currently?

TW] It’s all part of the same approach now. I just follow my instinct and do what I think works as opposed to asking myself what I ‘should’ be doing. I’m not nearly as concerned about pleasing others as I used to be and that makes it more fun. The demise of major labels takes that extra voice out of my head. It’s not a make-or-break career situation any more. With that off my shoulders I feel free to make music for the right reasons.

S] UK fans might best remember your ‘Humanistic’ album in 2001 which spawned notable singles including ‘The Remedy’ – looking back on that material, how do you feel about it now in relation to your more current work?

TW] With that album I was trying to figure out what kind of artist I was. It’s a bit scattered – it jumps around stylistically and I think that’s what some people liked about it. Everything was fresh whether it failed or succeeded as a song. Now, I have a much more developed instinct. I enjoy the process a lot more. I’m not as nervous about releasing material.

S] What are your biggest challenges as a musician at present?

TW] [It’s] managing my time. There’s a lot of different things I want to be working on all at the same time.

S] Of course, due to your past with Eels you have been able to tour the world and Europe, can you talk to us about your biggest challenges in terms of getting Abandoned Pools over here, currently?

TW] I think we’ll just need to find some people that can support and promote the album. It was good to get the first album released over there but Universal didn’t promote the second album anywhere, regardless of country. This time around is much more of a ‘grassroots’ approach and I really prefer that. If no one hears about it, it will be our own fault.

S] Tell us about the next record, how is that shaping up?

TW] I’ve got about five songs close to completion. Most of the tracking is done at my studio and some at the Lifehouse Studio out close to where I grew up, just outside of LA. I’m too far into it now to have a broad perspective on what kind of album it is at this point. But it feels like a progression from the first two albums. I really like it, if that means anything.

S] You worked on the cartoon ‘Clone High’ in 2002 for a little while and did the theme, would you like to do a similar more “light-hearted” project in the future?

TW] I would absolutely love to. It was a career highlight to be an animated character in a cartoon.

S] How is the creative inspiration different when you are composing for Abandoned Pools in contrast to say other side-projects, your soundtrack work and even your previous work with Eels – do you always need to put yourself in a different place?

TW] It’s definitely different. With AP I can just do what I want and have fun with it. Actually, all the projects are fun but they each have their own challenges. With the side-projects I have partners so that lightens the work load and what they bring to the table can be inspirational as well. Soundtrack work shifts the focus to what works with picture. I like that in the sense that the end product doesn’t have to be about me. It’s also nice to get away from standard drums, bass, guitar writing. I love strings.

S] What do these side-projects Glacier Hiking and Oliver The Penguin mean to you right now, in contrast to Abandoned Pools?

TW] The side projects are both on the back burner now. Abandoned Pools takes precedence and really has always been the priority. Neither has brought the type of success that AP has, but that’s not why I started them to begin with. They were both good creative outlets.

S] Do you have a favourite space to write in and find inspiration – tell us about that?

TW] I don’t need to be in the forest with a unicorn or anything like that. My home is a very comfy place so that’s conducive. Luckily, I’m two blocks from the beach so if I need to walk down there I can. Unfortunately, the beach experience is mostly lost on me because I’m so faired skinned. I wait until it’s dusk so I don’t instantly burn. Darn Irish genes.

S] You performed with Eels once in last year, is that something you may do again?

TW] It wouldn’t surprise me. I just did a guest appearance at an Los Angeles Eels show in October. I played tambourine and sang backups on one song. No big deal, just for fun. E and I are good friends again and I’m really grateful for that. It’s amazing what time can do for you.

S] Do you have a message for your fans who have continued to support you?

TW] Just a big thank you and I hope they enjoy the upcoming album.