Soundsphere have a chat with Joe Thompson (vocals) and Jack Keenoy (bass) from York band Shrieking Violet about their musical influences and plans for 2017. 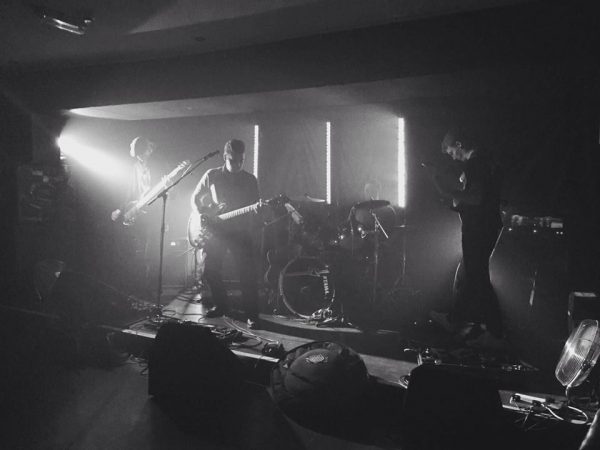 How were your first shows?

Joe] The first show was really good, it was quite surprising because we hadn’t played in over a year. We were meant to do the EP launch that night but we’ve backlogged the EP launch a little bit longer so we can get it spot on, but we thought ‘We’ll do the night anyway!’ So we had to book everyone and promote it within a week! Loads of people came and I was quite shocked.

Jack] It was a good experience and a good learning curve as well for putting on future shows.

What are some of your influences when writing?

Jack] I’d definitely say some of our influences are Animals as Leaders and a lot of prog rock.

Joe] I think a lot of it’s whatever is coming out that day, we’ll end up playing it on stage, we try planning things but we tend to go with what feels right and hope people like it.

Jack] When we tend to write songs, they go down well, but if we start jamming something together and it turns into something we feel that works a lot better for us

Joe] They always become the more popular songs, so we’ve totally changed the writing curve now where we just start off with an idea and build on that.

How did the band come together?

Jack] Basically it was formed at college; Joe, Grant and a few past members!

Joe] We’ve had like three bassists and four drummers or something mad like that, and finally we’ve got down to Lewis and Jack, as our actual bassist and drummer! But it was always mine and Grant’s vision, we were always told that rock music is a bit dead and we just thought why does no one make rock music like this anymore? It just seemed a very obvious thing to do.

Joe] Well in February/March time will be the EP launch – Paroxysm, so that will be the first record we will have ever released and then it’s literally just gig non stop as much as possible, just make sure everyone hears us and hopefully they like it!

What are you inspirations outside of music?

Jack] The Fulford Arms definitely! I live and work here, I meet so many new bands and people and listen to so much on a daily basis, it’s constantly changing how I feel about music.

Joe] Me and Grant used to joke that we weren’t a rock band, we were a ‘woodwind rock band’ because we all have links with the countryside. We always say ‘We’re just four country lads.’

Who would be your dream band members?

Jack] There would have to be Josh Homme in there, the swagger of Queens of the Stone Age, the petulant artist that is David Bowie and the topical whit of Oasis. Oh and the looks of Posh and Becks! There are so many it’s hard to sight one influence.

What do you think of York as a music scene?

Joe] It’s a bit mad really! One night you’ve got full on metal night and the next it’s a psychedelic night. I think the two strongest genres are definitely psychedelic rock and then heavy metal, borderline screamo. But there’s a tonne of acoustic artists, there’s definitely something for everyone.

Jack] York’s music scene wouldn’t be anything without the small music venues doing what they’re doing.