In our next band spotlight, we chat to Sheffield alt-rockers, Black Mamba Fever! 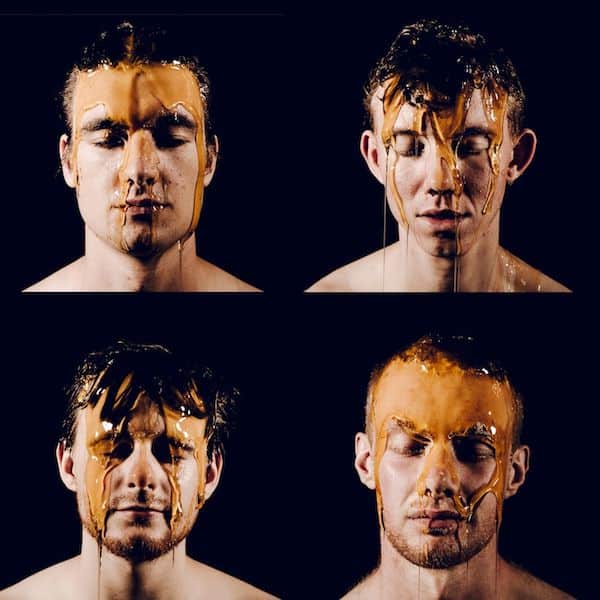 S] What inspires your material, in terms of people and places?

Musically we’re heavily influenced by artists like The Stooges, Bowie, The Clash, Lou Reed and basically every other artist your parents used to listen to. The energy and aggression of those early 70’s punk bands in particular is something we aim to replicate when performing live, though we will throw in the odd Neil Diamond-esque ballad just to keep our nans happy.

The lyrics tend to focus more on fictitious scenarios than personal experiences, as all our real lives are fairly mundane. So instead of writing a love song about a girl in a nightclub, or pulling pints for a living, I’ll write a love song about a 1980s film star or about having a short acting stint on The Story of Tracy Beaker.

S] Talk us through the ideas that led to the creation of ‘Feeling The Strain’?

‘Feeling The Strain’ was the first song we wrote together as a band, so we needed a song with a fairly basic structure just so we could get used to playing with each other for the first time. John had this riff he came up with on guitar and then we just played around with it until we had something that resembled a song. The lyrics themselves are my attempt to mention something sweet and then focus on the exact opposite of something dark and sinister and there’s also a line from the Karate Kid thrown in for good measure.

S] What other bands from Sheffield are you digging right now?

Sheffield is currently full of many fantastic bands, making it incredibly difficult to list every single band that we love but I will do my best. Syrupp come to mind as one of our favourite Sheffield bands at the moment. You get more laughs watching these guys play a half hour set than you will watching Michael Mcintyre’s latest DVD, but they also have an ability to craft songs that illustrate themselves to be incredibly talented musicians. We have gigged with these guys for quite a while now, and they never fail to entertain and will always leave you wanting more.

We haven’t known Redfern that long but I thoroughly recommend people check them out as well. Seeing them live is such a treat as they always look so happy to be doing what they’re doing and their songs are just incredibly catchy to the extent that you’ll still be humming them to yourself a week after hearing them.

Conor Houston as well is simply an immensely talented man. He can sing and play multiple instruments, has the charisma of Prince and the sexual magnetism of Tom Jones. His song Retro Tinted Mind sounds like something Springsteen recorded during his Born In The U.S.A sessions, but didn’t include in the final cut because the rest of the album would have sounded obsolete by comparison.

Finally Dobra are also one of our favourite bands at the moment. Their music makes you feel like you’re being wrapped up in a nice warm blanket whilst drinking a Horlicks.

Apart from our guitar player John turning up on time for rehearsals? This year we played the Tramlines festival which was fantastic. We played four shows in four days, which was a test of stamina more than anything. They were all pretty packed so it was great to meet and play in front of lots of new people. It was pretty hot all weekend as well, so much so that during one of the gigs, Louis wandered out of the door with his bass mid-song just for some fresh air.

I think recording and releasing a single has got to be up there as well. We’ve put a lot of work into every aspect of it, even allowing ourselves to be covered in syrup for the artwork.

S] What are your big plans for the rest of the year?

Feeling The Strain comes out on November 4 so the rest of the year and the beginning of next year will be spent gigging in order to promote that. We’re playing a show at The Shakespeare in Sheffield on the day of the release to celebrate with our friends Syrupp and Redfern and will be getting out and around the country as well. You’ll see us in all the obvious places like London, Manchester, Leeds and Liverpool but are up for anything really. So if anyone from Llandudno or Whitby reads this and likes the sound of us, get in touch and invite us down. Or up!

Black Mamba Fever will play The Library in Leeds on December 7.