In our latest Band Spotlight, we talk to Martin Battle, vocalist (and guitarist) of Wigan-based two-piece power-punks, Riggots about their music and inspirations. 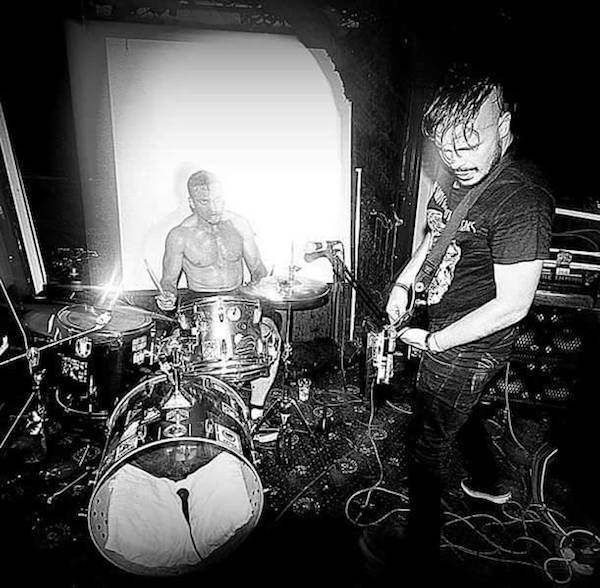 S] Talk us through how you’ve developed as a band over the last year?

M] Our album came out the end of last year so this year has just been solid gigging up until the end of summer. We have played in eight countries this year and have genuinely lost count of how many gigs we have played!

Me and Rob [Fairhurst, drums] have played in bands together for years and have always had a sort of understanding when we play music, but the amount of gigging we have done recently has turned us almost telepathic! It might seem like just noise, but with our minimal set up there isn’t much scope for error.  We have become pros at having each other’s back and covering each other’s mistakes!

S] What are your biggest challenges as a band right now?

M] The challenge for us is merely to carry on making music that we like. We honestly have no agenda with fitting into any sort of scenes or sub-genre. Music is music. Ideally, we want to push forward and try and create new aspects of our sound which we haven’t tried before, and never become stuck in a rut.

The juggling the band with family and work time is a massive challenge too. We are both doting, hands-on single fathers and both have full-time jobs so band time is very often limited. Its’ a miracle we get as much done as we do!

S] How do you feel about the reception to ‘In Joke’?

M] People have really seemed to like it which is ace. Mostly on word of mouth, or seeing us too – because we had little, to no press for it, which makes it even better. It has done far better and reached more people than we ever thought it would. Then again we are probably the most cynical, pessimistic band around.

S] What were some highlights in pulling the record together?

M] We recorded the entire album ourselves so it was a complete adventure. We wanted to make a proper album, in terms of how it was put together carefully to be listened to as an album.

We recorded drums and vocals at Robs parents and guitars at our practice space. As per usual with us we laughed, argued, laughed, sulked, laughed and bickered our way through. We are masters of procrastination and pissing about instead of rushing so it suits us to the ground recording the way we do. I seem to remember there was always a football match being streamed on a laptop whenever we was recording

S] Talk us through, how you guys write – do you find specific spaces and places, or is it studio-based, principally?

M] We don’t have a set way in our band at all, it’s pretty much anything goes. I’d say 60 per cent of our songs are just from straight up jams. We have played together in various bands for 11 years now, I think and we have always loved just making a din and improvising. It pays off when you are on the same page. The odd time I will fetch a full song/form and then Rob will pull it apart or he would show me some drum part/beat he likes and I will pollute it. Safe to say we couldn’t do what we do without the other one.

S] What’s been a career highlight for you guys?

M] The fact that being in this funny little band has took me and my mate around Europe and people ACTUALLY were please to see us!

S] What do you think of your local music scene in Wigan right now?

M] I wouldn’t say there was a scene really. Too few venues, too few punters. The Wigan Music Collective was where we met in the late 90s. There dosen’t seem to be the interest for anything other than crap heavy metal tribute bands and drinks promotions now. Wigan has always had decent DIY bands too

S] Who are the bands that Riggots are championing from the area, and beyond?

S] What advice would you give to other emerging bands coming out of the area(s)?

M] We are in the process of writing a new album which is going really well. We have a few gigs lined up which we will be debuting a good chunk our new songs. The songs finally come alive once you leave the practice room. Can’t wait for people reaction as are new songs are rather hectic and weird!