In our next band spotlight, we talk to Hull alternative punk band, System Paralysis. 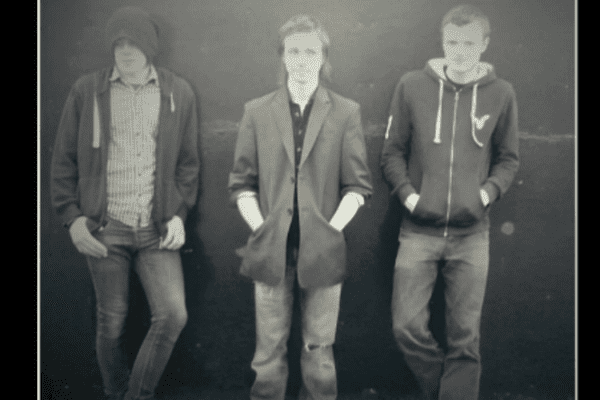 S] What inspires your songs, outside of music, think people places and things?

We’re pissed off at all the injustice and brutality in the world, and find inspiration wherever a corrupt system abuses people. Our song ‘Murder’s about police brutality, namely in the US, but we make the connection all around the world in the music video. ‘Fake It’, based off a documentary we saw called, “Young And Gay in Putin’s Russia,” which demonstrated the abuse of Russian authorities and populace against LGBT peoples. Songs such as ‘Self Made Madness’ however bear a closer connection to our personal lives, and express for us what it’s like to have grown up and continue living in such a chaotic, fucked up system.

S] You guys have some cool art, talk about the visual elements of the band, and how important they are?

We see a lot of bands that do photoshoots where they’re all stood around in an alleyway wearing leather, crossed arms and looking mean at the camera. That’s not us, and I bet if you talked to most of those bands, it wouldn’t be them either. We’re punk, right from how we sound to how we think. We don’t want to dress or act like how we’re supposed to or expected to. That doesn’t mean wearing studs and mowhawks and piercings though! For us it’s sporting a mullet, grey hats and boring worn skinny jeans.

However, we like to spice things up in the graphics department. We work with artists we know to bring a variety of art to our merch  so that hopefully there’ll be something for everyone. Everything we do is DIY from merch to videos and studio recording.

Man, we wrote that track about four years ago (before Tom was in the band). The track reflects the social delirium people will so often experience when they’re saturated in propagandised media and all the shit that’s on TV. It dulls the mind. We know cause we’ve all been there. It’s impossible to grow up not influenced by mainstream culture in some way, and a lot of those ways are toxic. For some people, their state of mind and thinking is so illogical and apathetic that they may as well be suffering from delirium.

S] What have been a few career highlights for you guys?

Producing our latest album, ‘Concrete Gore’ was immense. Working with Stephen Kitpachi, our sound-guy, we banged out our best sounding album to date without having to spend £100s on production.

For me [Tom Hockney – bass, backing vocals] it was once the album was done, listening back to it and hearing the hardcore opening transition through various ska and punk tones to finish with the album’s namesake track. ‘Concrete Gore’ is such a banger and far more ambitious than anything we’d written before. I believe it cements us as a band that can fuck your ears with punk, ska-punk and now metal too.

S] What bands are you fans of right now on Hull, and Yorkshire’s scene?

Being part of the Hull music scene we get to play with and see some awesome young bands and artists from many different genres. Some of our personal favourites are bands such as Left Ahead, Run, Room 22 and To The Strongest. All of these groups bring such high energy performances and write some killer tracks. Make sure you check these guys out.

S] What do you think of the state of Hull’s alternative music scene right now?

The scene is fantastically active and quite close. We all basically know eachother, and a lot of us are in bands with one another. We have two great venues of note: Adelphi and O’Rileys, who are constantly putting on punk gigs between them. There is the obvious festival – Humber Street – which the council supports. But since the City of Culture, Hull has attracted the attention of promoters who are putting on their own events, such as Gary Butcher who recently gave us a great slot at O’Riley’s upcoming Heaven and Hell fest – punk and metal – 30th March – 1st May.

We want to do a lot more music videos for ‘Concrete Gore’ and promote that album across the UK. We’re still writing constantly; as I type this out we have six new songs on the go, some in genres we’ve never written in before. We’ll be introducing them to the live set gradually, but we aren’t interested in recording new material until we’ve bled ‘Concrete Gore’ for all it’s worth. However, that means that once we do release our next album – 2018 perhaps – it’s gonna be around 20 tracks long. We’ve got shows across the UK, namely in the north. We just want to play everything and everywhere. We impress wherever we play. Don’t believe me? Book us.