In our next band spotlight, we chat to The Blue Hour about music and inspirations. 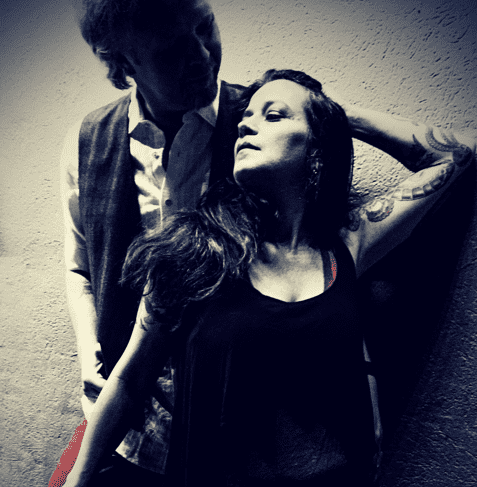 What inspires and motivates the band?

The Blue Hour is a dream pop duo with influences ranging from Kate Bush to David Bowie to Phantogram. Our new album, tentatively named after the title track ‘One More Mystery,’ is inspired by Marselle and my story of romance and loss and finding magic in the most unexpected places. We met as teenagers when she was homeless, living on the streets of Seattle. As our relationship grew, we drifted from the glitz of dance clubs to the squalor of abandoned houses, construction sites, door stoops, churches, a hot-air vent in the shadow of a grand gothic building on the university campus. It wasn’t desperate however. Everywhere we went, we created a fantastic world, transforming squats into fairy tale homes, as told in the songs ‘Fire on Rooftops’ and ‘Lost Landmarks.’ And the whole time Marselle sang, filling those neglected spaces with an ethereal beauty. But then we lost each other—we simply missed meeting up and never saw each other again for years.

I went on to release several albums with various bands and write short stories. Marselle sang and painted. So, when we finally found each other again, we were ready to write those songs she’d been singing all those years ago, and we were ready to tell our stories.

The easiest answer would be to list some of the music heroes that we’ve had the opportunity to play with or meet, but to be honest the highlight of our career came just recently when we received a comment from a total stranger calling Marselle’s voice “a phenomenon” and saying that that she had “never heard anything like it before in my life” and that the music was a “mystical journey,” taking them completely by surprise. That is precisely why we write. So to have someone see and hear those points without knowing us is both humbling and fulfilling—the best reward we could hope for.

S] What motivates you outside of music – think people and places?

We’re both really moved by a good book. In fact, the motivation to tell our story came largely from Neil Gaiman’s treasure, Ocean at the End of the Lane. In that book, a series of childhood traumas explode into the realm of the fantastic. The way he blends the real and the magical inspired us to write our stories and when we put them to music, they blossomed into something bigger than either of us had ever written. A hat tip is also due to Amanda Palmer’s The Art of Asking for shining a kind and uplifting light on people who have had to ask for help—a theme running through the song, ‘One More Mystery.’

S] What are your plans for the future?

We just completed demos for a new album that we’re taking into the studio next month. We’ve lined up some amazing musicians to round out the songs. After that, we plan to work on videos for our music and some soundtrack projects.