It is our sincere pleasure to chat to Michael Richards (drummer, backing vocals) of Violent Soho about the band’s new record (out this Friday!), ‘Everything Is A-OK’ as well as inspirations, and some advice for emerging bands…

S] Hi guys, how are you doing today? G’day mate! I gotta say, I’m feeling pretty good all things considered. As you can imagine I’m currently living in an isolation bubble, but let’s be honest, that’s not a unique sort of situation just at the present is it? Lots of people know exactly how that is. Right now, as I’m typing it’s the evening leading up to our album release and I am feeling super happy and proud, so today is a really good day for this reason and I’m just feeling grateful for that.

S] What inspired the singles ‘Lying On The Floor’ and ‘A-OK’ – in terms of inspirations and ideas? Those are two very different songs and both were written with mostly separate intentions, however I suppose a shared level of inspiration arises from an aesthetic method of juxtaposing a type of consideration of the banality of middle class suburban method of survival, both culturally and individually, along with the dry and sober realisation of the question of this immense sense of security that accompanies that sort of frame of living.

S] ‘Sleep Year’ is a fave for us too, what inspired that one? We typically love to have a song that really slams out a sort of heavy and mosh-pit worthy set of riffs to open an album with. It’s not exactly something that we necessarily take on board consciously from the outset as a ‘must-have’ thing for the record as such, but if you go back through our list of earlier albums it seems that this type of song has featured up the front on our records, and so I suppose this has become a bit of a trend for us now.

As a sort of bitter-sweet irony, the song itself speaks to the now all too familiar concept of self-isolation in a big way. It turns out to have almost seemed sort of eerily appropriate I guess, but the idea of wanting to lock yourself away from a consistently un-impressive or perhaps seemingly mundane or complacent culture is sort of the basis for the message of this song, but it also deals with personal themes of depression and coming out from that sort of struggle, of moving on as well.

There are a lot of mixed emotions and memories of very unique, and fairly surreal experiences that spring up when thinking back on the entire experience of creating that record. We up-ended our entire lives over the course of taking on that project and the result of it all was the four of us getting a very real and very broad experience of the roller coaster that is the non-stop insane ride that we call the music industry.

From where the band locates itself now musically, and in terms of being ‘artists’ or whatever, it’s fairly obvious that we have gone through a certain stylistic progression of sorts as we have eventually developed creatively in different directions over the past decade. We do feel a sort of nostalgic admiration for the record in that sense as kind of a starting point for us and also appreciate a lot from that experience in terms of making value judgments that might concern many unexpected subjects such as as learning how to operate within the world of music as individuals looking to create a lifestyle for ourselves and wanting to provide for and to grow families. This is really the aim of a ‘career in music’ I supposed, or whatever, but it’s something you slowly learn about and realise as rock and roll eventually allows you to grow up.

Ian Mackaye [Fugazi] defines ‘success’ in music in the only objectively truthful way that I have ever really considered. He explains the notion of success as being ‘in the doing’ and by that he means, just by picking up an instrument and deciding to commit yourself to allowing it to make a difference for you within your own life. I agree that this is success. I know it’s a fairly philosophical take on things, but for me it’s a way to live by in terms of experiencing a life with music. I believe that this is the most groundingly honest way to describe it.

S] We do a tonne of work with young people, and we get asked for tips all the time – for a young musician, what tips do you have for them to make a dent in the industry as you have done?

Don’t obsess in any way over what others are doing when making creative choices. It’s a cliche point, but it means a lot, always be honest with yourself and especially others. Don’t work to place yourself within a trend. Focus on building relationships and being open towards others and always aim for creative integrity. Always remember that the music you create isn’t just something you do for yourself. Make music so that you can share it and allow people the time to enjoy it. Share your ideas with others and always work on being a good collaborator.

S] What would you say your biggest challenges as a band are in this part of your career?

It’s literally impossible to say anything other than “COVID-19” in this present time, and I mean that very seriously. The sense of urgency and desire artists experience in needing to go out there and play shows and exhibit work in any sort of common or conventional format has brought about a lot of panic and frustration for artists all over the globe.

Right now is a time in which we all have to constantly be responding to things as they change and develop and to try and investigate how we can do music and share what we love as a global community of artists who are trying to effectively engage with fans. It’s a massive challenge just to try and stay positive at this time, so the best we can all do is try.

S] How have you changed and developed as an artist (and person) through the music that you’ve made with Violent Soho since you started out, until this point?

It’s been effectively half my life working on this project. I don’t know really where to begin in trying to explain this and the thing is the band still has a long way to go and could honestly continue on for the remainder of my life. It has become my life’s focus. It did a very long time ago. Doing this band means almost everything to me.

You are very welcome. Thank you. 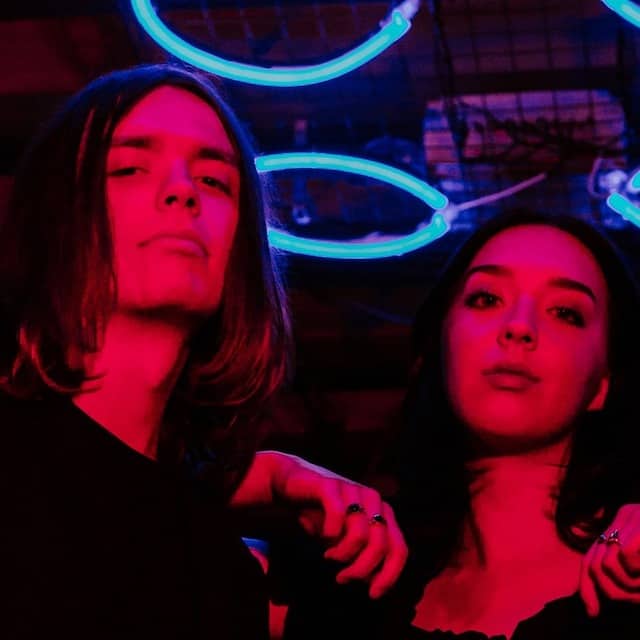